Join Ruto and win by 8am, Mudavadi told

Mudavadi said his ANC will reveal its way forward next week.

• Kemosi assured Mudavadi that if he joins DP Ruto, the duo will deliver the presidency without a doubt. 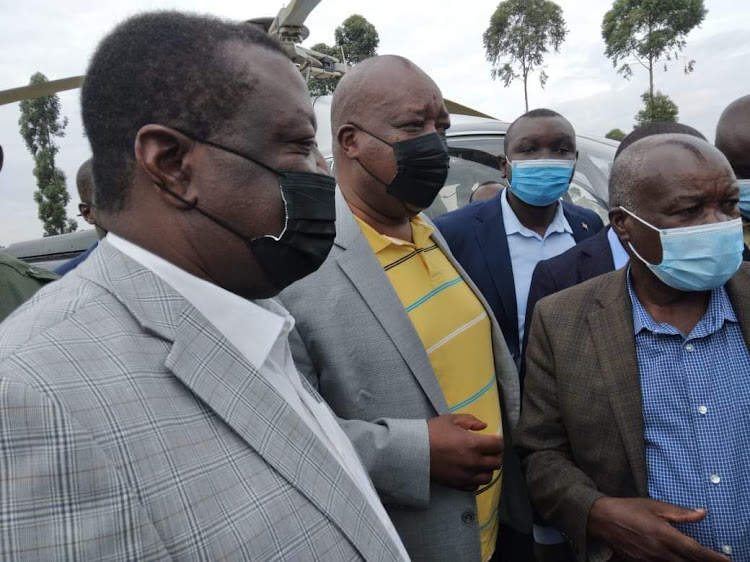 Their combined strength will deliver the presidency without a doubt, probably by 8am on August 9, he said.

Kemosi spoke on Sunday at Konge PAG Church where he assured Mudavadi of an early UDA victory if he joins hands with the DP.

"As long as we support you, we are sure we will have a government very early if you decide to join his camp," Kemosi said.

Mudavadi did not comment on being Ruto's running mate.

He said the ANC will reveal its way forward to the general election during the National Delegates Council meeting next week.

Talk of peace and unity dominated the Sunday service as leaders called for peaceful campaigns.

"As we go on with our campaigns, let all of us maintain peace and unity, let us not talk politics that can lead to violence. We are past that," Mudavadi said.

It's time for Musalia, we can't back Kalonzo- Senator Malala tells Oka

The Senator said they are fed up with backing outsiders for the top seat.
News
4 months ago

The Wiper boss is top on all the three simulations done by the Oka technical team.
News
4 months ago

Why Mudavadi is under siege

Allies have been pulling the ANC leader in different directions.
News
4 months ago