The city is set to host more than 8,000 delegates during the five day summit

• The partnership with Kenya urban roads authority will fast-track road projects which including re-carpeting of dilapidated roads and construction of earmarked ones.

• Some of the roads include Bank street, State house roads, Makasembo-Ondiek road, Migosi ring road, Nesilica road and those leading to various hotels. 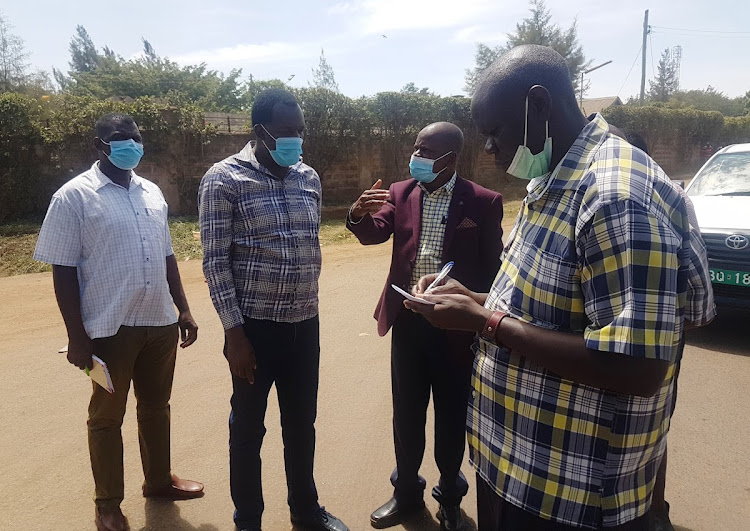 The Kisumu government has began re-carpeting roads ahead of Africities summit set for May 17-21.

The city is set to host more than 8,000 delegates during the five-day summit.

The partnership with Kenya urban roads authority will fast-track road projects which including re-carpeting of dilapidated roads and construction of earmarked ones.

“We want all the roads to be improved and in good condition before the summit starts. We are dedicated and committed to achieve the targeted roads within the stipulated time frame,” Wanga said.

He expressed satisfaction with the ongoing works saying the roads earmarked for rehabilitation will be completed in three months.

Some of the roads include Bank street, State House roads, Makasembo-Ondiek road, Migosi Ring road, Nesilica road and those leading to various hotels.

“The works are going on well and we are confident of delivering as planned,” Wanga said.

He said Migosi Ring road is important due to its economic value.

He, however, warned road encroachers to vacate immediately before stern action is taken, to pave way for rehabilitation works.

Donde said most of the roads are within their routine maintenance cycle for this financial year.

“We have assured the city manager that most of them will be repaired in the next two to three months before the Africities,” Donde said.

Migosi road (within Migosi estate), which is part of Tom Mboya estate road project, is under construction and is 25 per cent complete.

The nine kilometre road will be completed in the next 10 months at a cost of more than 425 million. The work, Donde said, is delayed by cash flow.

He said they have however, put pressure on the contractors working on roads strategic to the Africities summit.

“I can assure you that the roads will be addressed in the next two months,” Donde said.

They include town roads such as Oginga Odinga street and roads in the Milimani area where most hotels are located.

He said they want them free of potholes to enable guests move with ease. The Kibos road is also under maintenance.

The regional director however decried encroachment leading to delays on road works.

“We are happy the city management has been supportive,” Donde said.

The team also inspected the ongoing works of the Non-Motorised Transport system on the three major streets —Oginga Odinga, Kenyatta Avenue and Ang’awa which forms the Jaramogi Oginga Odinga Triangle.

The NMT project falls within the larger vision for Sustainable Urban Mobility and a liveable city. It aims to promote the well-being of residents through enhanced mobility facilities for the vulnerable road users.

The walkways on all project road corridors stretch 16.4km for safe movement of pedestrians.

“These will be enhanced by tree planting for the shed and benches for resting and relaxation.

"Also, general landscaping for walkway ambience and solar street lighting will encourage use of the facilities into the evening,” he said.

It will also ensure raised pedestrian crossings at road intersections and links for safe, easy crossings.

Kisumu event to woo investors ahead of Africities Summit

More than 3,000 investors are expected to attend the forum
Counties
1 month ago

The summit is slated for April next year in Kisumu.
Counties
2 months ago
by MAURICE ALAL Correspondent, Nyanza Region
Nyanza
12 January 2022 - 22:00