• Ogwe is accused of disobeying judicial orders in a case that has been in a Homa Bay court since 2018.

• The county government is accused of forcefully evicting the traders without providing them with an alternative place. 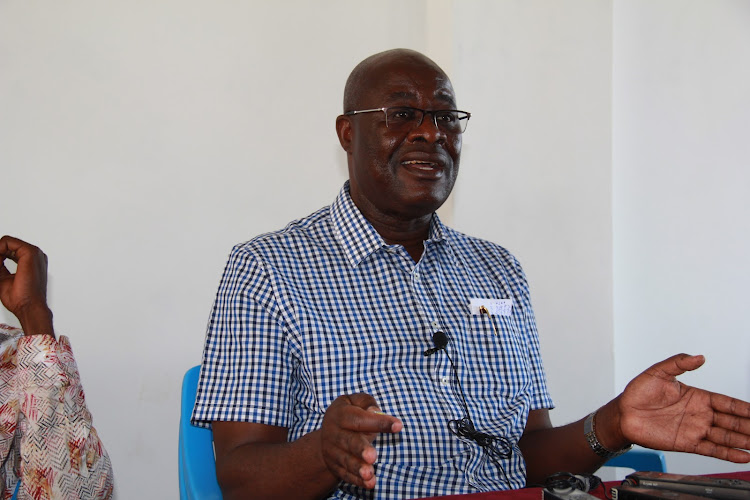 Homa Bay county secretary Isaiah Ogwe risks being arrested and jailed for contempt of court over eviction of traders from Sofia market.

Ogwe is accused of disobeying judicial orders in a case that has been in a Homa Bay court since 2018.

The county government is accused of forcibly evicting the traders without providing them with an alternative place.

The first order was issued on September 20, 2018, in which Ogwe was to appear in court personally to answer questions about the eviction, but he failed to obey the summons.

But on July 8, 2021, Ogwe, through lawyer Samuel Nyauke, obtained an injunction pending inter partes hearing that was scheduled for August 10, 2021.

But the county secretary moved to court on September 10, 2021, and had the warrant of arrest lifted.

The principal magistrate then scheduled the inter partes hearing for November 30, 2021, but Ogwe failed to appear in court.

Maloba ordered county police commander Esther Seroney to arrest Ogwe and present him in court for failing to comply with court orders.

“You are hereby commanded forthwith to apprehend the said Isaiah Ogwe, the Homa Bay county secretary and to bring him before this court to answer the said charge and be further dealt with according to law,” the order read in part.

Bunge La Wenye Nchi argued that the eviction was unlawful and there was no proper procedure followed to move the traders out of the market.

The county government moved the traders out to pave the way for the construction of a stadium.

Earlier, the court had issued an injunction stopping the eviction of traders until the case is heard and determined.

“The county government needs to explain the procedure it used to remove the traders even after the court ordered them to first provide an alternative place,” Opiyo said.