Health chief officer Eunice Fwaya says Kerubo has a history of not paying hospital bills at the facility after getting services.

• Activist Chris Owalla said the hospital violated the widow’s right by detaining her in the facility without food.

• Kerubo said she would beg other patients to give her leftovers. 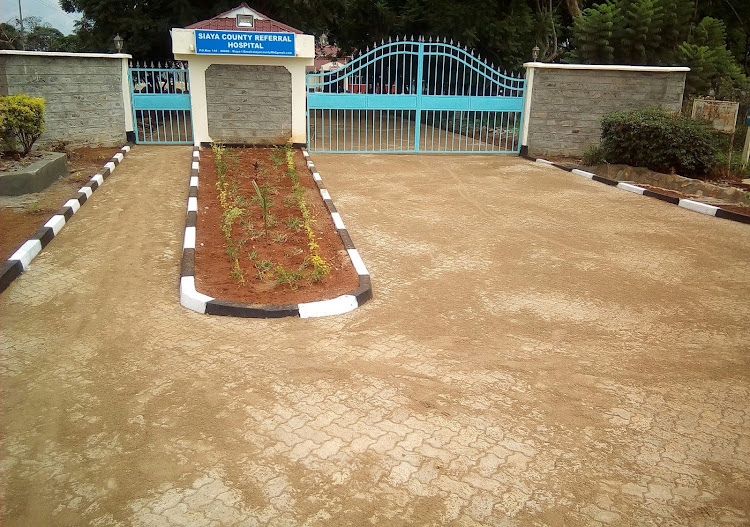 The Siaya County Referral Hospital is in the eye of a storm for detaining a widow for seven days without food over an unpaid bill.

Lucy Kerubo was released after human rights activists got wind of her plight and threatened to sue.

Activist Chris Owalla said the hospital violated the widow’s right by detaining her in the facility without food.

“The hospital should not act as the cell, the hospital management has failed and needs a total overhaul,” Owalla said.

Kerubo said she would beg other patients to give her leftovers.

Efforts to get a comment from the hospital's medical superintendent Dr Alexander Liech Adoyo failed as his phone was off.

But Siaya Health chief officer Eunice Fwaya said Kerubo has a history of not paying hospital bills at the facility after getting services.

"This is not the first time she is doing it. She was detained because she had promised to pay the following day. She often sneaks out after getting services," she said.

Owalla said they have invited the Independent Policing Oversight Authority to investigate the case and if the hospital is found guilty then the management should pay for the consequences.

“Let alone the hospital, no one should be held in a police cell without charges for more than 24 hours,” Owalla said.

Kerubo said that on December 17 her daughter, a sickler, fell ill and she sought help at the county referral not knowing she was going to be detained.

She said upon reaching the hospital her five-year-old daughter was in bad shape and was immediately admitted.

Kerubo said the treatment went well but the challenges started when every drug administered to her daughter was to be bought as the hospital had no drugs.

“I spent almost Sh5,000 buying drugs from the chemist,” she added.

Kerubo said when she was due to be discharged she was handed a bill of Sh14,000 but she did not have money and decided to sneak out of the hospital before New Year's Eve.

“When I received the bill of Sh14,000 I was shocked and started wondering where I would get the money so we could be discharged properly,” she said.

Kerubo said her daughter has been in and out of the hospital and being a widow she has sold virtually everything in her home to get treatment for her child.

“I unsuccessfully sought help in all the offices I thought I could get help,” she said.

Kerubo said she had no option but to sneak out of the hospital as her mother-in-law could only raise Sh200.

She said on January 1, two men went to her home and instructed her to accompany them.

“I picked my last born son who is two years and followed the two men who took me to Siaya police cell,” she narrated.

Kerubo said she stayed in the police cell for two days and was released without being charged or told anything before she was taken back to the hospital where she stayed for seven days.

“I was only released when human rights activists and the media started making phone calls to the hospital management, otherwise I would have died of hunger,” she said.

When reached for comment on Tuesday, Siaya police station OCS William Lukorito could not deny or confirm whether Kerubo was arrested or not as he was away from the office.

Owalla said the Constitution provides that all state organs and public officers must address the needs of vulnerable groups within society.

“In this case, vulnerable groups as per the Constitution include women, older members of society, persons with disability, children, and the marginalised community,” Owalla said.