AGE IS JUST A NUMBER

• He said excelling in abusing and disparaging other political leaders and candidates was no proof of what one can do if elected.

• He said candidates should capitalise on meet-the-people tours to tell them how they can improve their lives. 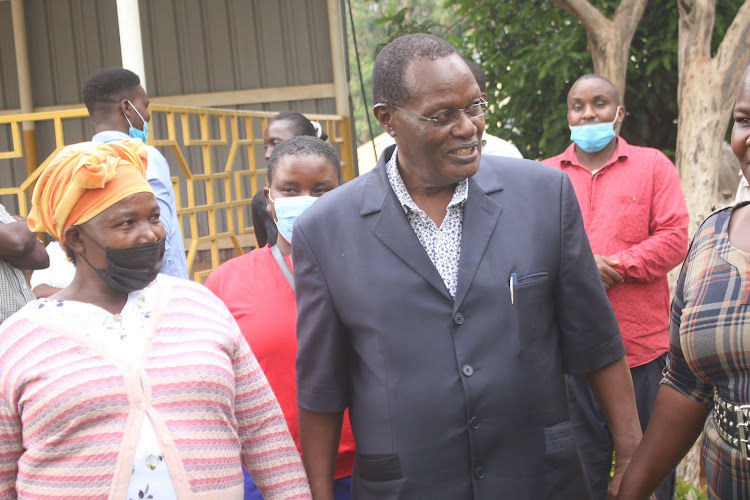 He said excelling in abusing and disparaging other political leaders and candidates was no proof of what one can do if elected.

"I implore our people to put peace first as we go out into the villages to hunt for votes. I ask our people to also listen to all of us and weigh who may be best suited to lead them," he said.

Obure spoke to delegations from Nyaribari Chache and Nyaribari Masaba at Banana Resort in Kisii.

Obure and Senator Sam Ongeri are currently fighting off criticism on account of their advanced age as they step up their bids for the lucrative seat.

On Sunday, Dagoretti North MP Simba Arati, who is also eyeing the ODM party ticket for governor in Kisii told Obure and Ongeri to retire from active politics on account of age, adding that he will "provide care for them".

"As a grandson would to his grandfather, I will take care of these leaders," Arati said during a rally in Nyanguru, Nyaribari Chache.

On Monday, however, Obure said peddling such narratives is not helpful at the moment.

He said candidates should capitalise on meet-the-people tours to tell them how they can improve their lives.

"I am certain they want to hear what each one of us is going to do for them, not engage in mudslinging and the politics of hate," Obure said.

Last week, the CAS said age is just a number and proof of experience and not a sign that one can no longer lead.

"Leadership requires some level of experience which can only come with age. It is time we began to view old age positively," he told journalists during a meeting.

Obure is clocking 77, while Ongeri is turning 84.

Obure said he was raring to prove that he is ready to serve as governor due to his leadership potential, not age.

Separately, he asked other politicians around the country to stop hate-mongering in the countdown to the August polls.

He said the country deserves peace, not divisions sown by politicians.

"We have a duty to guarantee peace in our country. We have a duty to ensure that whatever we say in private and public does not in any way get interpreted in a manner that can stir animosities," he said.

Kenya, Obure said, sorely needs peace and not violence as it prepares for a momentous poll ahead.