TO BE COMPLETE IN TWO WEEKS 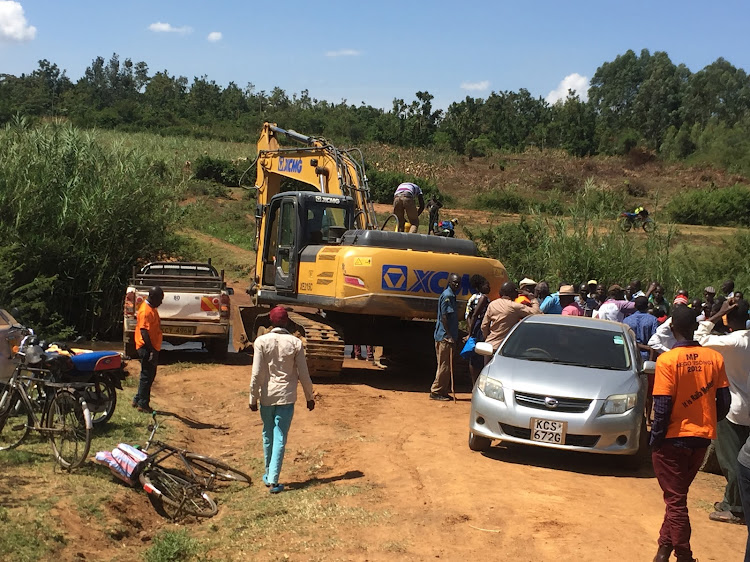 An aspirant for the Alego Usonga parliamentary seat has offered to build a bridge for villagers across River Sese to facilitate easy movement in the area.

Nicholas Kut on Sunday launched the construction of the bridge connecting Nyathi and Uhembo villages.

Residents led by Mary Akoth said the bridge was swept away seven years ago after heavy rains that caused River Sese to flood.

“We have had our school-going children travel for nine kilometers to avoid being swept away by the raging waters when it rains,” Akoth said.

She decried neglect by area leaders, saying numerous promises to build the bridge have never been honoured.

Kut promised residents to complete the works in two weeks. Residents described the aspirant as a development-conscious leader and promised to back his MP bid.

“As residents of Koyieyo and Kakum-Kombewa sublocations in Central Alego ward, we can now smile following the efforts of Kut to construct a bridge that has been impassable for years. We are sure he will initiate more development projects here,” Akoth said.

Boda boda rider Dan Wanga said the bridge will be a big relief for their trade.