Isaac Aluochier will run on Justice and Freedom Party; says he does not fear the Orange Democratic Movement wave

Aluochier said his political stance now and in 2017 when he unsuccessfully vied for Rongo Constituency seat on an Independent ticket happened long after he had decamped from ODM party and long before Raila Odinga moved in the constitutional changes.

He said apart from launching across the county campaigns, he is planning to be in the Supreme Court from Jnaury 18-20 for BBI Supreme Court appeals. 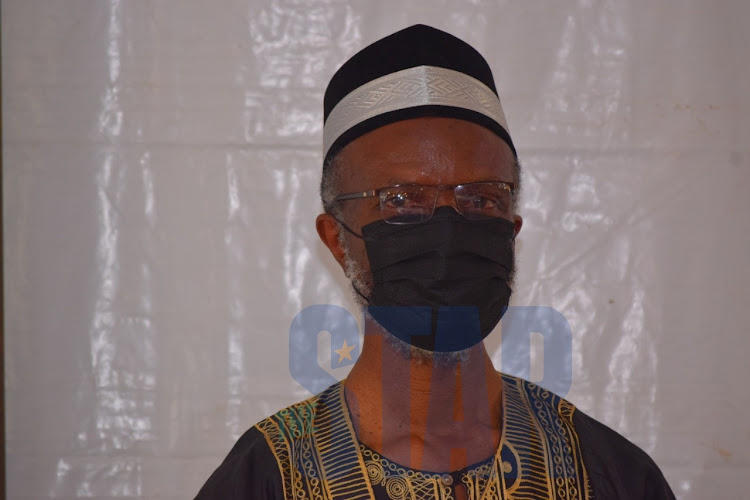 Isaac Aluocher at the Supreme Court during the BBI Appeal hearing on July 2, 2021.
Image: CHARLENE MALWA

Isaac Aluochier, the activist who stopped the Building Bridges Initiative (BBI) by filing a constitutional petition, has thrown his hat in the Migori senator race.

Aluochier said by December last year he was planning to vie as Migori governor but has shifted to the senator race.

“I wanted to vie for governor seat but the seat’s campaign requirements are very hectic, like I was not able to raise enough campaigns funds before funds drive time elapsed on December,” Aluochier said.

He said he chose the next available option after missing the county executive seat and “Migori so far doesn’t have a strong senator candidate, so I chose the seat to give Migori residents pride by having a senator with a record on defending human rights.”

“Additionally, I have good national and international appeal and will be a good ambassador for Migori in fighting for their rights. I have been human rights and constitutional activist for the past decade, I need another platform to articulate this further,” Aluochier said.

Speaking to the Star, Aluochier said he had picked Justice and Freedom Party as his ticket and downplayed losing out in the Orange Democratic Movement stronghold.

“While I was studying in United Kingdom I was the ODM chairman in that country. I stopped being a member of ODM by December 2012 long before BBI came in existence,” he explained.

Aluochier unsuccessfully vied for the Rongo Constituency seat on an Independent ticket in 2017.

“I quit ODM because of chaotic and shambolic nominations, the party is just a democracy by name. This has been made worse by consensus talks for nominations,” he said.

Aluochier studied in the universities of Reading and Cranfield in England for his bachelors and masters degrees respectively.

He studied as a Quantity Surveyor in his undergraduate degree and Project Management at the masters’ level.

“I worked in financial and construction industry after my studies, but after a decade became an arbitrator on behalf of construction contractors in both United Kingdom and Kenya from 2008,” he said.

He said apart from launching across the county campaigns, he is planning to be in the Supreme Court from January 18-20 for BBI Supreme Court appeals.

In Migori, Senator Ochillo Ayacko is set to vie for the governor seat in the August polls and will not defend his seat.

Other aspirants for the seat include Eddy Gicheru, and advocate Holly Okwama.