A mechanical and automobile engineer who quit his job to do large scale farming on chillies in Gem Siaya County has become the first beneficiary of the launched cargo export flight at the Kisumu International Airport.

Kenya Airways airlifted 1.8 tonnes of dress green chillies to the outside world on Saturday.

Balminder Singh Sokhi, worked for three at sugar factories but had to quit due to continuous delays in payments.

He was reconditioning engines and noted that since the Japanese market had invaded Africa with second-hand engines, it brought his business down.

Sokhi noted that after his business was down, he decided to sell his machines. A friend from the UK called and told him to export chillies for him in the UK and that's how he started the business.

His farm is located in Gem Sub County in Nyabeda village along Kisumu Busia Road. 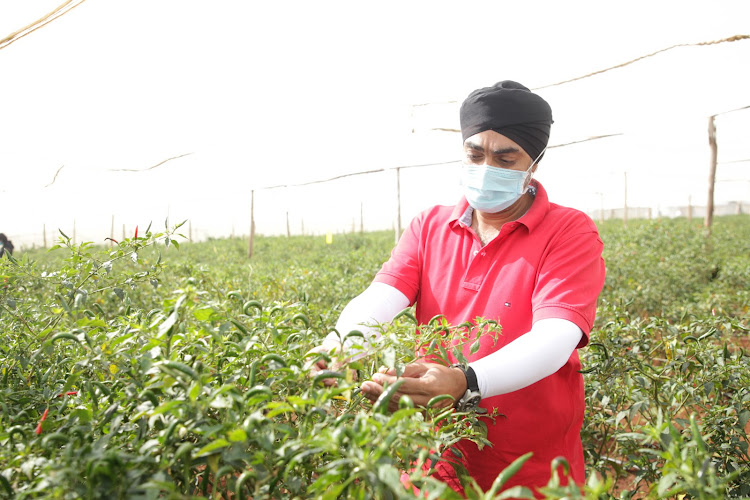 Sokhi noted that the launched cargo flight in Kisumu was a game-changer within the region and investors must take advantage of the development to export more fresh produce.

He noted that Green chilli enjoys a huge market in Europe because of the Indian restaurant in those countries and he is ready to assist farmers in the region who are ready to embrace chilli farming and buy from them for export.

He added, “I urge farmers in this region who have got farms lying idle, to contact us. They can go through us and make this place a booming potential”.

Sokhi noted that the biggest advantage is that whatever he harvest of the green chillies (1200 to 1500kg), it's all exported because of the huge market in Europe.

He further stated that there was a lot of potential for the product within the area because of the fertile soil, which is red soil and does not retain water because chillies don't need a lot of it. 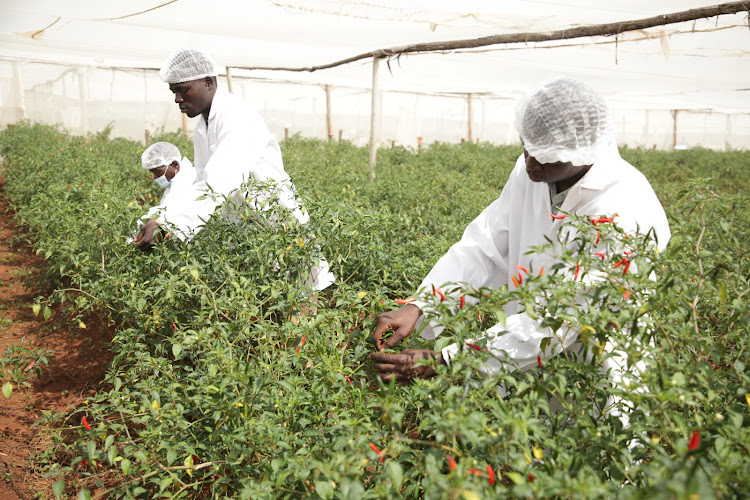 “Planting chillies does not require much. Here on the farm, we have the drip system which is the main key to the volumes you get. We have storage for water also."

On challenges, he said they have pests that affect the chillies but are always controlled.

He however noted he is working closely with officials from Kenya Health Plant Inspectorate Services (KEPHIS) to ensure standards of the products are met.

The large scale farmer stated that KEPHIS visits the farm once or twice a month to inspect what they are doing and whether they are complying with the rules and regulations.

“The plan we have is according to KEPHIS and that is what we follow, that's where we get the quality for export. They also do audits to ensure that we have complied with the required standards”.

To meet the standard 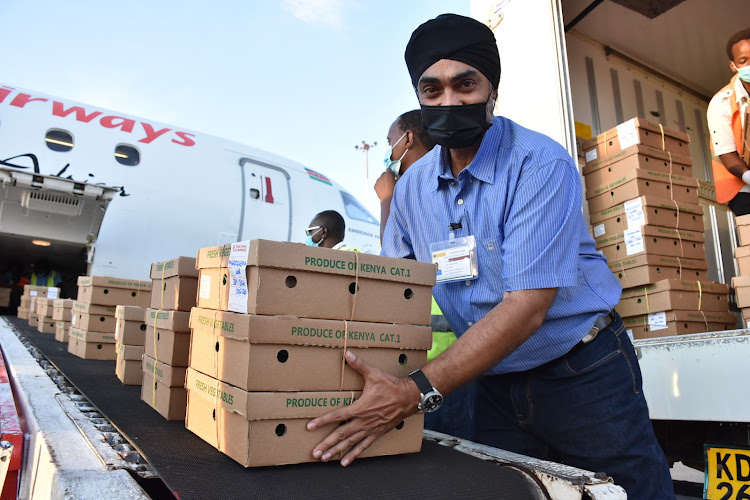 Balminder Singh Sokhi at the airport when his chili were being exported and airlifted by KQ at the Kisumu International Airport to Europe
Image: Faith Matete

“What we normally do is that after harvesting, because we already have employees in charge of documentations and Kgs, they take the harvested chillies to the weighing machine, note it down and immediately put them in the refrigerated truck. It's a perishable product and has to be within the temperatures of 8-10 degrees”.

"Before the launch of the cargo flight from Kisumu, we used to take it to KIRDI in Kisumu, a government infrastructure which was introduced years ago, where we do sorting and reading before they are transported to JKIA."

However on red chillies also at the farm, Sokhi noted that they dry them in the direct sun.

“We have options to keep it for three to four months or we mill it down to powder or make it to flake and then just store it."

The airport has been expanded to encompass a cargo handling and cold storage facility through a public-private partnership.

This follows expansion of the facility to encompass a cargo handling and cold storage area.
Counties
4 months ago
by FAITH MATETE Correspondent, Kisumu
Nyanza
10 January 2022 - 07:15