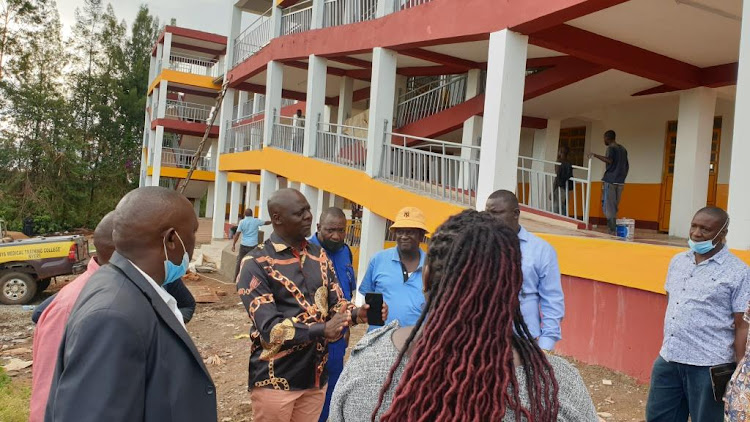 The visit by Raila is seen as his first move to counter Deputy President William Ruto's advances in the Luo majority counties of Migori, Kisumu, Siaya and Homa Bay.

“Without the handshake, some sections of the country in opposition zones were completely locked out. This project is a testimony of how politics of tolerance and peace can spur development,” he said.

Owino spoke after meeting security and party officials from Migori in preparation for the meeting, which will culminate with Raila addressing a rally in Awendo town.

Other projects include the Sh70 million Dede market by the Ministry of Housing and Urban Development.

Raila is expected to use the two projects to woo voters and counter inroads made by Ruto.

He got former Awendo MP Jared Kopiyo to cross over to his side when the ex-lawmaker hosted him twice, including during a harambee at SDA Church Awendo Central. He also has the support of Migori Governor Okoth Obado.

“While we have others who have been busy coming to Migori to offer handouts, we will offer development that can resonate for generations. This college and market will help all Kenyans instead of wheelbarrows,” Owino said.

“We will use the meeting to send a statement and put a line between those who support TangaTanga in Migori and our team base. Migori is an ODM zone and we will receive key allies from our rivals on that day,” he said in Awendo town on Tuesday.

Obado was elected on the ODM ticket but has moved to People Democratic Party.

“When the board gave us the green light to begin construction, the local constituency fund released Sh65 million to build the tuition block, which can house 1,000 students. We will move on with the administration block and dormitories,” Owino said.

The lawmaker said he had promised to build a college in Awendo, which currently doesn’t have any, during campaigns, but it had seemed like a tall order because of the bad blood brought about by the contested elections.

Obado, who broke with ODM, is learning toward Ruto's UDA  party.
Counties
1 month ago

Ruto, Raila chase each other on campaign routes

AJUOK: History of Kenya's political violence and why Kondele isn't the worst

There is a political formation where derogatory references are taken as normal.
Siasa
2 months ago
by MANUEL ODENY
Nyanza
30 November 2021 - 22:00