•Khaminwa representing the families of four 'witches' who were slain expressed concern over failure by the police to arrest more suspects.

• “What happened has shaken the country and the entire world ...Old women are pillars of society," Khaminwa told a bail hearing on Tuesday. Ruling on December 15. 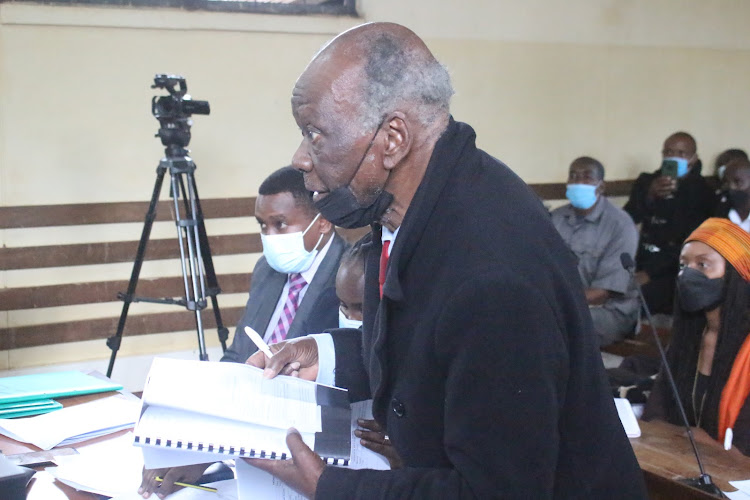 Senior Counsel John Kaminwa. He opposed the release of the suspects on bond
Image: ANGWENYI GICHANA

Kisii county police are seeking  17 more suspects in connection with the lynching of four 'witches'.

A police source told the Star on Tuesday some suspects have gone underground but police are on their trail.

“It is just a matter of time before we arrest  and arraign them,” the officer said. He asked not to be identified.

He spoke as lawyer John Khaminwa, representing the families of the four elderly women murdered for supposedly being witches, expressed concern that police have failed to arrest more than four suspects.

Kenya National Commission on Human Rights’ Rosemary Kirui is also representing the families, together with Khaminwa.

He said in court on Tuesday that relatives and witnesses in the case were living in fear because many suspects are free and roaming the village.

What happened has shaken the country and the entire world ... Old women are pillars of society

“I have forwarded the list of suspects to the DCI for action," Khaminwa said.

During the bail hearing before Justice Rose Ougo on Tuesday afternoon, Khaminwa opposed release of the four suspects on bail.

“Murder is a very grave offence in our Penal Code.

"In this particular case, what happened has shaken the country and the entire world. The killing of old women is something we must ensure is not repeated.

"Old women are pillars in society."

He added that given the circumstances of the case and since killing old women is prevalent, "the court should send a very strong signal by denying the suspects bail."

The suspects are Amos Ondieki, Chrispine Mokua, Peter Kwanga and Ronald Onyonka. They suspects appeared in court virtually from the Kisii main prison where they are remanded.

The four were lynched on October 17 by a mob in Nyagonyi. They alleged the four women had bewitched and abducted a secondary school boy found lying on the ground.

Prosecutor Susan Kibugi said the suspects should not be released because they might interfere with witnesses.

She also said the suspects' safety cannot be guaranteed because there is hostility against them o the ground. She  cited the social inquiry report indicating tension and anger persists in the area.

Lawyers Shaffin Kaba and Kelvin Gichana appearing for the suspects made a strong appeal for their release on bail. They criticised the veracity of the social inquiry report and said the suspects are innocent until proven guilty.

“The suspects can be released on bond unless there are compelling reasons. However, there is no reason to deny bail. The probation officer’s report should be disregarded because it’s vague,” Kaba said.

He added, “The suspects cannot jump bail because they have permanent homes. We welcome the court to impose any bail conditions. On the threats to witnesses and families, the same has not been raised in court. How can the suspects who are in remand make threats?" he asked.

Gichana said the suspects should not be presumed guilty before they are convicted and asked the court to release them on bond. 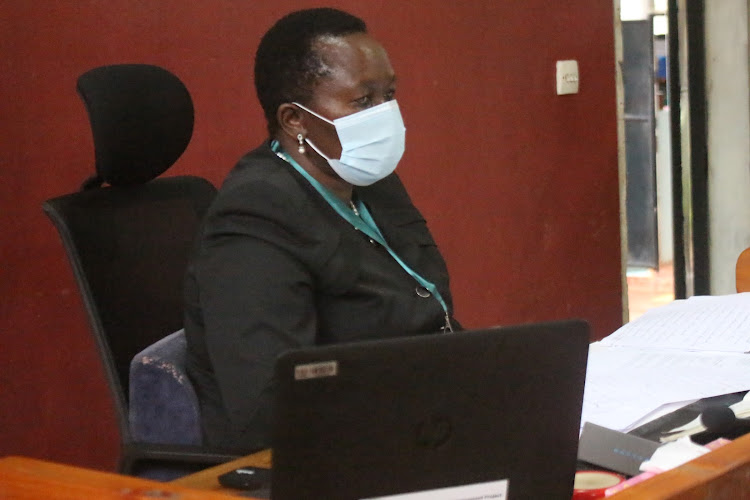 Justice Ougo will rule on the bond application on December 15.

The trial is set for March 1 and 2. Ougo said she will expeditiously hear the case and asked the prosecution to avail all witnesses.

Kisii Governor James Ongwae has formed a task force to probe the endemic problem of lynching of suspected 'witches'. The task force chaired by administration minister Edna Kangwana is expected to table its report by December 15.

Nyang’ate was among four elderly villagers who were executed by a mob over suspicion of witchcraft.
News
1 year ago

On October 17,  four elderly people from Marani were lynched on allegations of witchcraft
News
1 year ago

Countrywide, many elderly people killed on the pretext of witchcraft to grab land.
Counties
1 year ago

Three of those killed were female while the forth was a man in his early 80's.
Counties
1 year ago 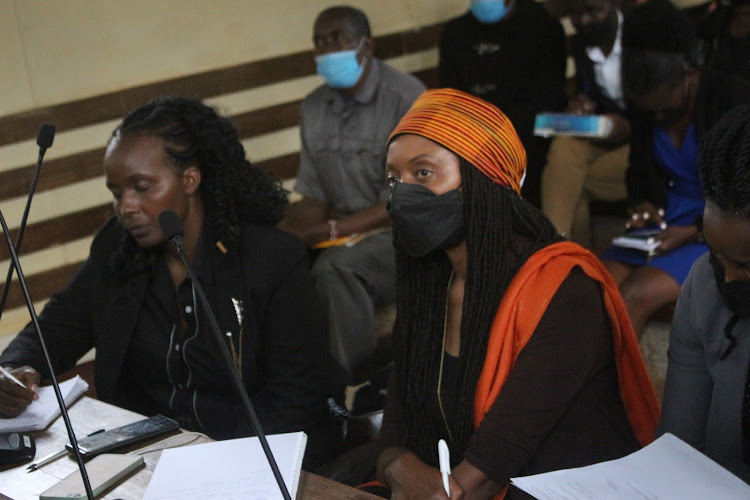