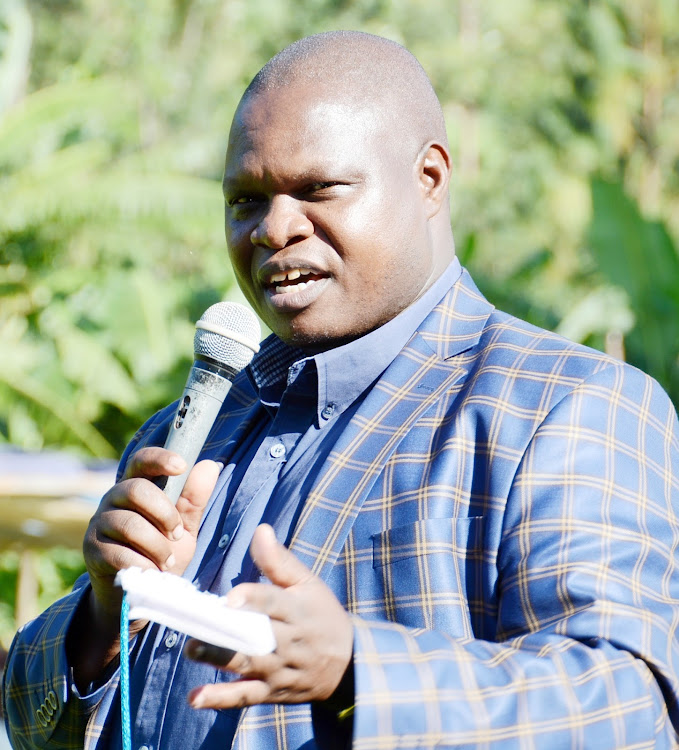 Kisii Deputy Governor Joash Maangi has said he will be on the ballot as a governor candidate and not senator.

Maangi denied claims he will be a compromise senatorial candidate in a succession team being put together by his boss, Governor James Ongwae.

"Who said that I have agreed to run for senator? That is a pure fallacy. Rest assured that I am settling for nothing less than governor," Maangi said on the phone on Tuesday.

He said the narrative is being peddled by some quarters who have begun to feel uneasy about his popularity.

In the alleged agreement, Maangi is said to have been persuaded to drop his bid in favour of Ongeri and to help convince the larger 90,000-strong Bomachoge bloc to back the senator.

Woman Rep Janet Ong’era is said to have been persuaded to defend her seat as Ongeri goes fishing for a running mate from Kitutu Chache South in the bid to entice the populous Bogetutu vote.

Maangi said no concrete discussions have been held on the matter.

"In seasons like [this] gossip filters out and may quickly shape up non-existent backdoor agreements. I especially urge journalists to sieve them from truths to forge healthy debates about succession altogether,” he said.

Maangi said he has deputised Ongwae for two terms and is the best candidate to carry on the governor's legacy.

"In school, a deputy teacher would look forward to succeeding his boss when he retires. I believe I have mellowed. I won’t ask much from our people, just to support my candidature for this seat,” he said.

Maangi has retreated from Deputy President William Ruto’s UDA to ODM and would be fighting for the ticket with Ongeri and Dagoretti North MP Simba Arati.