• Junet has strong community networks and mobilisers in all 58 polling centres in the constituency, which have pushed through NG-CDF projects. 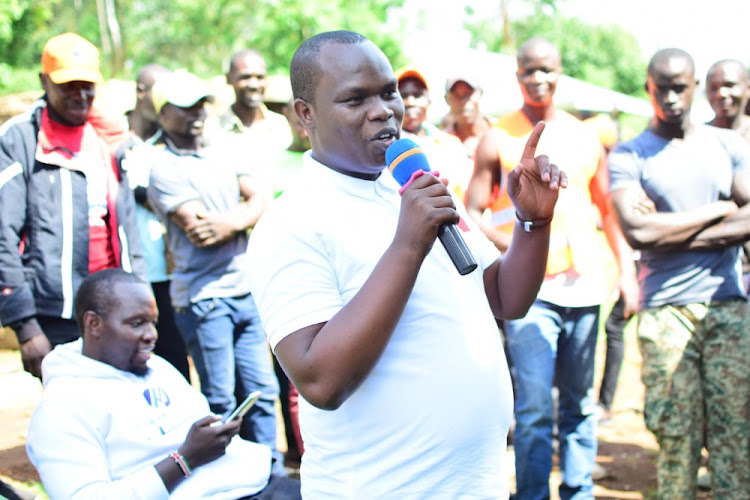 Two Suna East MP aspirants who want to unseat Juna Mohamed, a formidable ally of Raila Odinga, say they expect nominations to be free and fair.

In addition to his close ties to Raila, Junet is the National Assembly minority leader.

“My party will be ODM and already we have all machinery in place to ensure youths continue to register as voters to ensure Raila gets maximum votes and we get seats," Liende said.

Liende said he already has assurance from the top party leadership that the party primaries will be free and fair. That is why he wants to run on an ODM ticket.

Liende was speaking in several stop overs in God Jope and Suna Central wards where he met women and youths groups to popularise his bid.

“We offer Suna East residents a legislator who will directly interact with them to spur development and solve their problems. We are ready to change that in the constituency," he said.

Amimo concurred. "I've been a life member of ODM and Odinga's foot soldier. We call for free, fair and transparent nominations in Suna East and we will support the winner."

Amimo said as leaders they were firmly in ODM and have been connecting directly with voters. They said they will push through with the primaries because voters are affected by deep and serious issues.

Junet walked with Raila on March 9, 2018, on the steps of Harambee House when the ODM boss shook hands with President Uhuru Kenyatta.

Junet's national profile has been elevated, he pushed the Building Bridges Initiative and and has been Mr Fixit.

His rivals have been trying to  and dislodge him by engaging directly with voters.

Oluoch said fears of flawed nomination process were unfounded as in Homa Bay. He said that in Homa Bay, ODM chairman John Mbadi went through prolonged nominations for the Suba North MP seat against Caroli Odhiambo. The case even ended up in court.

"In Kenya it's very rare for a party chairman to undergo nominations, and ODM has proved it can carry out an open process. In Suna East, those vying against Junet should work more on ground mobilisation as the incumbent has strong networks," Oluoch said.

Remain loyal to ODM even after primaries, Raila tells members

The IEBC should ensure that party nominations are as transparent as possible but should not go overboard by insisting on truly democratic internal ...
Opinion
2 weeks ago
by MANUEL ODENY
Nyanza
21 November 2021 - 22:00