We are committed to improving education sector — Nyong’o

Says his administration is constructing ECDs and Vocational Training centres

•Nyong’o said his government would partner with development organisations and the national government to improve infrastructure in primary and secondary schools.

•He said his government will continue issuing bursary funds and scholarships to needy children. 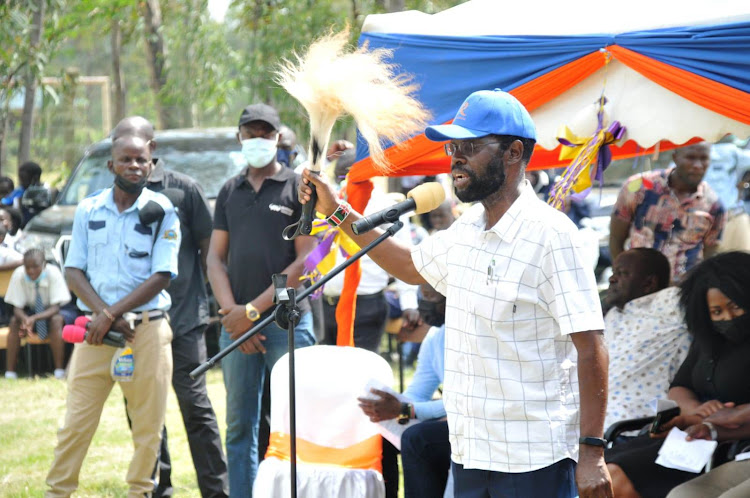 Kisumu Governor Anyang’ Nyong’o has said his government is committed to improving education standards in the county.

He said his administration is constructing Early Child Development and Vocational Training centres which is a devolved function.

Nyong’o said his government would partner with development organisations and the national government to improve infrastructure in primary and secondary schools.

“We are mandated to look after the ECD but when the public has problems in the education sector, we have to come in handy,” Nyong’o said.

Nyong’o spoke on Saturday at St Albert Angira Mixed Secondary School in Kajulu, Kisumu East where he donated Sh750,000 during a funds drive. More than Sh5 million was raised.

He said his government will continue issuing bursary funds and scholarships to needy children.

This year, Nyong’o said Sh205 million in bursaries and scholarships were disbursed to students from 35 wards.

The governor criticised some politicians whom he accused of distributing money from ODM's known enemies, to sow seeds of discord in Kisumu.

He said some politicians who have been hibernating in Nairobi have suddenly emerged with loads of money from questionable sources.

Nyong’o urged Kisumu voters to put such politicians to task about the source of their money they are dishing out.

The county chief advised politicians and residents to stop violent politics if they wanted ODM leader Raila Odinga to win the presidency.

He said Raila’s presidential bid outweighs the ambitions of any aspirant in the region, urging politicians to consolidate his backyard instead of divisive politics.

Nyong’o called on young people to ensure they vote for the ODM leader to clinch the presidency.

“Youths are the majority in the country. They must register as voters to help them play a critical role in forming the next government. You should make a wise decision when voting in the next year’s elections,” he said.

Nyong’o said Raila was the best and qualified leader to succeed President Uhuru Kenyatta if Kenyans wanted the country to be steered in the right direction.

He said, based on his continued fight for democracy, equality and unity, Raila means well for Kenyans and the country.

“His bid is crucial to our people and Kenyans at large. As leaders, we need to change their attitude and ensure Raila succeeds in his presidential bid,” Nyong’o said.