US drugs firm to build factory in Kisumu, says Nyong'o

Med Aditus will team up with county government and the Great Lakes University of Kisumu. 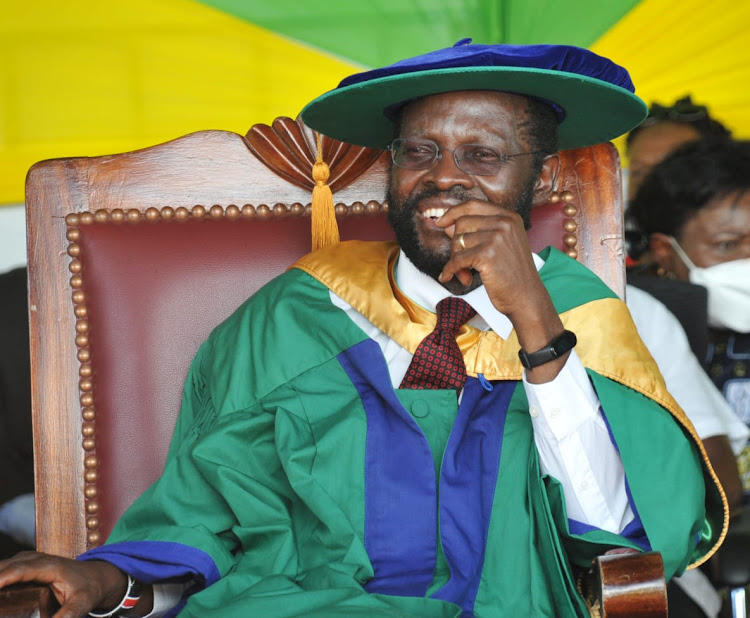 The Kisumu county government has signed an MoU with an American pharmaceutical company to build a manufacturing plant in the city.

Governor Anyan’g Nyong’o said Med Aditus Limited will team up with his administration and the Great Lakes University of Kisumu to establish the factory.

Nyong'o presided over the 15th graduation of GLUK on Friday.

The governor thanked GLUK vice chancellor Prof Hazel Miseda for allowing the university to take part in what he described as a phenomenal partnership.

“Through this partnership, students from the upcoming pharmaceutical faculty will get attachment opportunities and exposure to edge-cutting international pharmaceutical manufacturing technologies in the factory,” he said.

Nyong’o, who is the university’s chancellor, said the industry will increase access to life-saving medicines.

It will, at the same time, create job opportunities which will translate into overall economic growth of the county.“I take this opportunity to thank our partners, sponsors and supporters who have stood with us through this journey,” he said.

“As the chancellor, I will continue to hunt for more partners to enable this university realise its academic dreams. If we survived Covid-19 and emerged strong, nothing can stop us from making GLUK one of the greatest institutions of higher learning in Africa,” he said.

Nyong’o said his administration was working hard to turn Kisumu into an investment haven.

Many investors , the governor said, are happy with Kisumu’s leadership and are knocking on its doors with business ideas.

To tap into these opportunities, he said his government will hold the Kisumu International Investment Conference from December 19 to December 22 at the Jomo Kenyatta International Stadium.

Nyong’o reiterated his government’s commitment to improve education standards in the county.

The governor said besides constructing ECD and vocational training centres, his government will partner with development organisations and the national government to improve infrastructure in primary and secondary schools.

“We will continue to issue bursary funds and scholarships to needy children in this county,” he said.

This year, the county government gave out Sh205 million in bursaries and scholarships.

The governor hit out at some politicians he accused of dishing out money from ODM’s known enemies to sow discord in Kisumu.

He said some politicians who have been hibernating in Nairobi have suddenly emerged in Kisumu county with wands of notes from questionable sources.

He told voters in Kisumu to put those politicians to task about the sources of their money.