They also picked former MP Roberty Monda to be his running mate. 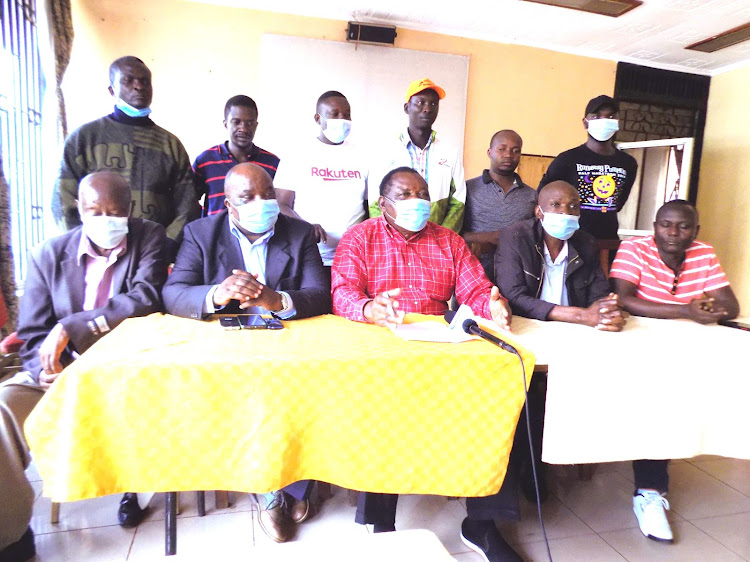 The councillors, led by Zachary Motari, at the same time supported Arati’s move by picking former MP Roberty Monda to be his running mate.

They also praised Arati for his close working relationship with Kitutu Chache South MP, who has since declared interest in the Senatorial seat.

“We want to assure MP Arati that we are going to tirelessly campaign for him in the constituency to enable him garner more votes than his opponents,” Motari said.

“He has a strong team including Onyonka who is eyeing to take over from Senator Ongeri who is also eyeing the county’s top seat,” he added.

“Arati is intelligent, focused and has networks globally, which will help spur development in the county,” Motari who was then Gusii County council chairman further said.

The leaders appealed to Nyaribari voters to elect Arati as governor and former Prime Minister Raila Odinga president in next year’s General Election.

Omae, who is Kanu's Kisii Branch Executive officer, said aspirants for governorship position are forming alliances with other clans.

“We consulted Monda widely to join the Dagoretti North legislator so that Nyaribari people will be part of the government to benefit,” Omae said.

Siro said the public have been bothering them to give them a political direction after Kisii County Senator Ongeri and Nyaribari Masaba MP, Ezekiel Machogu, who have since declared interest in the governor seat, failed to form alliances with leaders from other areas.

“Ongeri and Machogu are yet to get started so it is getting late. Time is running out and we cannot wait to have the vehicle start moving,” the former Deputy Mayor said.

Ongeri is set to battle ODM party ticket with Woman Representative  Janet Ong’era, Arati, amd deputy governor Joash Maangi while Machogu  is likely to vie through National Agenda Party of  Kenya (NAPK), which he used in 2017  to win the parliamentary seat.