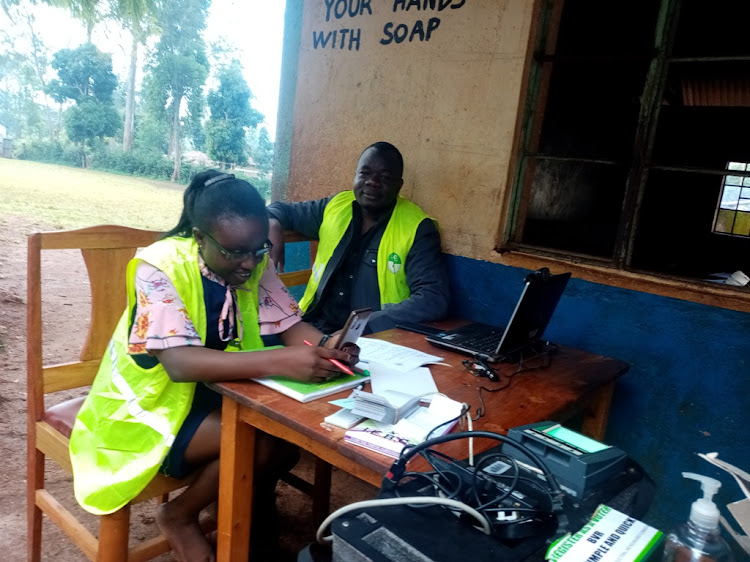 Siaya IEBC officials relaxing at their working station as there no voters to be registered.
Image: Martin Ombima

Siaya County IEBC returning officer Ruth Kulundu said with the ongoing registration across the county the turnout is still low as compared to 2019 population census.

“So with that population in the 2022 general election we are expecting to have 629,326 active voters,” she added.

Kulundu said they are targeting 105,378 new voters at the end of the exercise with 3,513 new voters per day across the county.

She said they have already registered 14,308 new voters across the county with Bondo constituency taking the lead.

She said the county has also done 2406 transfers with Bondo topping the list with 964 and Ugenya being the least with 140.

She said they expected figures to increase though they might not meet the target set by IEBC.

Speaking to Simiyu Nandoha IEBC Returning Officer Alego Usonga said the local administration has been so cooperative in popularizing the process.

“Even our local leaders from Governor, Mps and MCAs are also reaching the people in remote areas to come and register, though figures are still low,” Nandoha said.

“But if we could have increased the manpower maybe we could have done better but the commission has no enough money for more clerks,” he added