Armed with a candle and paraffin, the duo set off for the prayer mission.

• The boy had reportedly  remained in grade one for several years, each time posting poor scores that worried his caretaker. 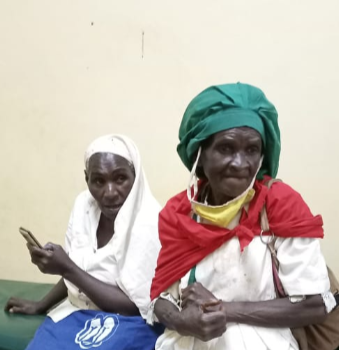 Two women have been arrested by police in Yala,  Siaya county for burning a 10-year-old boy.

The incident happened at Nyamninia village on Sunday afternoon. The boy is currently fighting for his life at the Siaya County Referral Hospital where he was rushed to by neighbours.

He was admitted on Monday with serious burn wounds in his mouth and various parts of his  body.

According to the police, the two women are suspected to have  poured paraffin on the boy’s mouth,  before inserting a burning candle to 'exorcise evil spirits'.

The boy had reportedly  remained in grade one for several years, each time posting poor scores that worried his caretaker.

Yala township assistant chief Johana Anam said he received the report about the incident on Sunday evening.  The boy’s guardian, according to the administrator had sought spiritual help from the two women who are members of a sect.

Mary Ambatsu and Mary Ouma, both who  hails from Anyiko village, are waiting to be arraigned once investigations are completed.

“The boy’s grandmother had earlier visited the two ladies and requested them to pray for the grandson who was allegedly not performing well in school work ,” Anam said.

Armed with a candle and paraffin,  the duo set off for the prayer mission that later turned tragic, landing them in the police cells.“ The boy was badly burned in the mouth and other parts of the body. He had to be rushed to hospital for treatment,” said the administrator.

The assistant chief warned residents against falling for the tricks of fake prayer warriors whose sole agenda he said was to con people.“ You can’t exorcise demons through the use of  fire. I want to appeal to our people to be weary of con men and women who are sprawling in our midst ,” he said.

Meanwhile, a night guard was killed on  Monday night at Rabuor primary school. The security guard is believed to have been murdered by thugs who raided the school at night.

The school’s headteacher Dickson Awounda told the Star that they were yet to establish what was stolen from the school during the raid.“ We are still establishing. I will get back to you later,” he said when reached for comment.