•Bunyasi has faulted leaders using the hustler slogan in campaigns.

•He said every leader should have a plan that involves uplifting the youth economically. 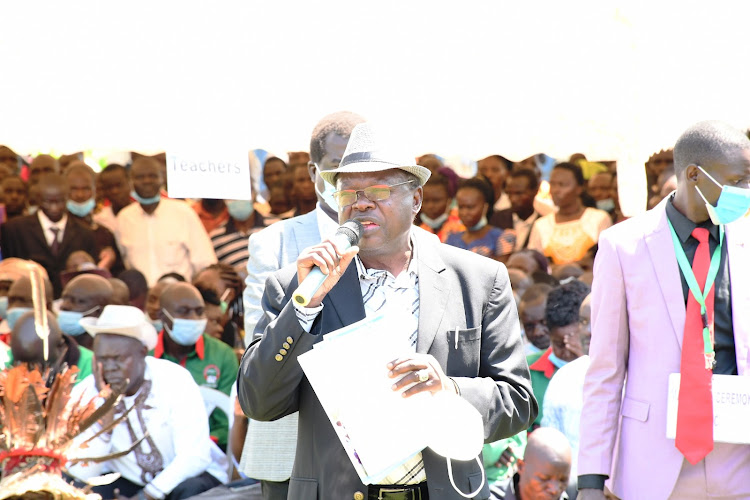 Nambale MP John Bunyasi has faulted leaders using the hustler slogan in their campaigns, saying they should instead urge young people to work hard.

Bunyasi said young people should not only hustle but must work hard to realise their dreams.

The lawmaker, in a statement, said young people can be supported in better ways other than through hustling alone.

“Young people need to be involved and get well-structured support to enable them to thrive in an economy that limits their growth opportunity,” Bunyasi said.

“We want a thriving nation, not a hustling one. This will be fixed by proper economic planning.”

Hustling is a slogan associated with Deputy President William Ruto who is rallying his supporters around the hustler movement.

The term was coined by the DP to refer to Kenyans struggling to grow small businesses including salons, mama mbogas, barbers, boda boda riders among others.

Ruto has been riding on the slogan to win the support of the youth who resonate with his economic argument that the economy can be built through his bottom-up approach.

The approach targets building the economy by channelling resources to ordinary Kenyans to create wealth.

Bunyasi said every leader should have a plan that involves uplifting the youth economically.

“Young people are the innovators, creators, builders and future leaders, any society that relegates the potential of the youth is bound to stall,” he said.

“As leaders, we must put young people at the economic planning table.”

On the ongoing voter listing, he urged Busia residents and Kenyans at large to register as voters.

“I urge all residents to register, to participate in the electoral process that will allow us to determine the type of leaders to elect and present our interests to have a share of resources and power,” Bunyasi said.

However, the commission is concerned about the low turnout in voter registration centres as it prepares for the 2022 General Election.