• County election manager Patrick Odame said they have only registered 6,963 new voters against a target of 124,159 —just 5.6 per cent.

•Odame said they would be happy to get 200,000 new voters but that seems like a pipe dream. 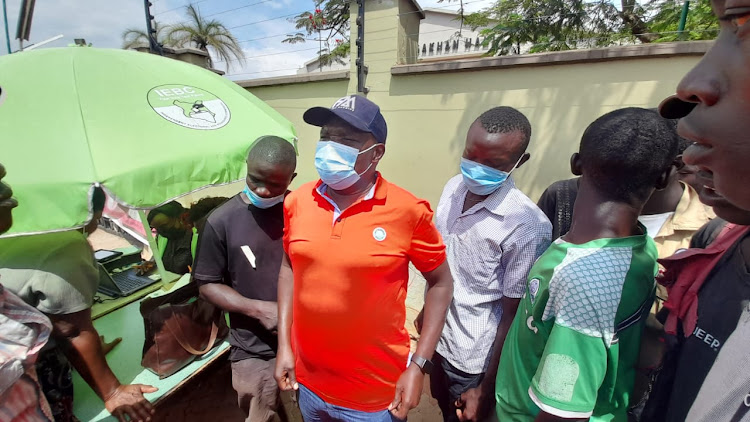 Kisumu people aren't turning out to register to vote.

Is it apathy, laziness, waiting until the last minute? Do they think their votes won't matter?

The Independent Electoral and Boundaries Commission is alarmed.

Month-long registration started on October 4 with a target of 28,971 new voters weekly. So far they only registered 6,963.

County election manager Patrick Odame said they would love 200,000 new voters but that seems like a mirage.

He didn't say why turnout was so low.

He said the target is based on the allocation of 4.5 million identification cards between 2017 and 2021.

“Target is usually the minimum, mobilisation of people should be 100 per cent,” Odame said.

“Mass voter registration should not be left to the IEBC. Clergy and political leaders should lead in getting people to register, including young people,” Odame said.

“Youths should register so that their voices can be heard. We are also working with universities on registration.”

Odame said people with disabilities will be registered at Tom Mboya Labour College in Kisumu.

“We will take the kits to them and they will be listed,” he said.

Young people have volunteered to mobilise other youths to register.

Odame said they hope the registration will pick up as the listing continues and mobilisers do their work.

Chebukati said general voter apathy was also a cause of concern.
News
1 week ago

Politician says Lamu has many youths aged 18 years and who applied for IDs but are yet to get them.
Counties
1 week ago

Kisumu politicians urged to mobilise youths to list as voters

Ojienda says Raila’s march to the State House outweighs the ambitions of any other aspirant in the region
Counties
1 week ago
by MAURICE ALAL Correspondent, Nyanza Region
Nyanza
13 October 2021 - 22:00