•The county boss said the US Ambassador had visited the area last year and promised to work closely with Kenya to revive pyrethrum farming in the region.

•The county would ensure the extension services and cooperative movement are resuscitated. 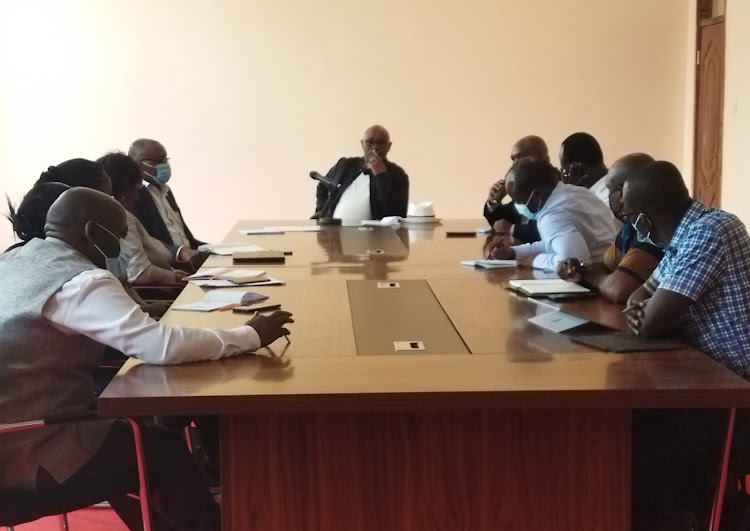 Kisii Governor James Ongwae has said the county is teaming up with various local, international and private organisations to revive the formerly lucrative pyrethrum farming.

He spoke during a consultative meeting with chief executive officers of various organisations that will play a part in the revival of the crop.

The meeting, which extensively discussed how Kisii farmers could invest in horticulture value chains, was attended by executives from the Fresh Produce Exporters Association of Kenya, Directorate of Horticultural Crops.

Others were Kenya Airports Authority, Directorate of Miraa, Pyrethrum and Other Industrial Crops, Agrochemical Association of Kenya, Pests Products Control Board and Kenya Flower Council.

Ongwae said Kisii was the world’s leading producer of pyrethrum in the 1960s before the introduction of synthetic pyrethrum which greatly affected the production of the crop.

The county boss said the US Ambassador had visited the area last year and promised to work closely with Kenya to revive pyrethrum farming in the region to enable farmers to improve their livelihood.

Ongwae said the county would ensure the extension services and cooperative movement are resuscitated as well as support farmers in benchmarking programmes from their counterparts in Nakuru.

Director of Miraa, Pyrethrum and other Industrial Crops James Mutia said the government was keen to support pyrethrum farmers through funding from the Pyrethrum Processing Company of Kenya.

“The major challenge that pyrethrum farmers have been facing is access to planting materials, but now the government has given funding to PPCK to help these farmers with the materials,”  Mutia said.

He also expressed the need to have nurseries to help farmers to access pyrethrum seeds with ease and promised to give nursery operators licenses to enable them to plant the crop.

Mutia said the directorate has ensured that pyrethrum farmers get an instant pay of Sh200 per kilogram for their produce when they take the crop to PPCK.

He said the existence of private processors who were licensed to carry out the business of processing the crop and urged farmers to take advantage of the same.