• The legislator said the struggle has never been about positions for individuals, but about creating a democratic nation.

• He further stated that as a patriotic member of ODM, he was ready to continue serving in other different capacities. 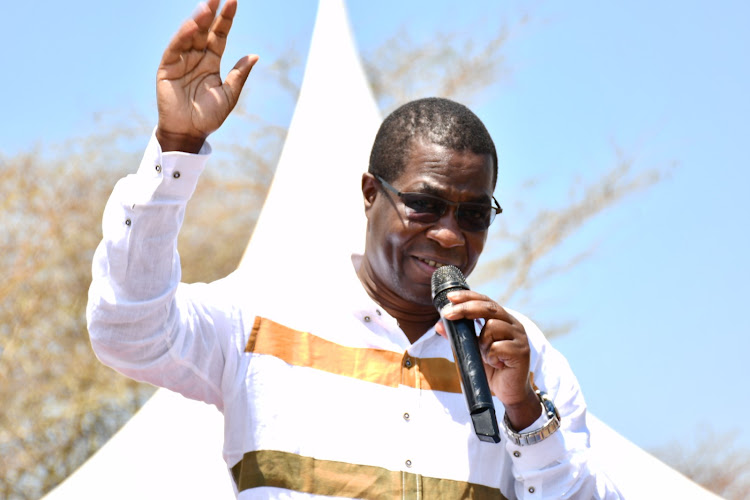 Ugunja MP Opiyo Wandayi speaks at an event. He has announced that he will not be contesting the Siaya gubernatorial seat.
Image: DICKENS WASONGA

Ugunja MP Opiyo Wandayi is out of the Siaya gubernatorial race.

Wandayi said on Thursday said his decision was a result of wide consultations within ODM.

In a press statement to newsrooms, he said, "Following extensive consultations with the ODM leadership and the rank and file of the party and, having listened keenly to the voices of my Ugunja constituents, I wish to make it known that I shall not be a candidate for the position of governor of Siaya county in 2022."

The lawmaker said it is time to put the record straight and quell the anxiety around the contest for the position.

He said that as a committed ODM leader, any political decision he makes or any action he takes must, as a matter of necessity, be in tandem with the aspirations of the party and its membership.

"For starters, it should be clear that I meet all the qualifications for the office of governor in the Republic of Kenya," he said.

Opiyo said because of his background, he considers himself a product of the struggle for positive change in the country.

"As it’s widely acknowledged, that struggle has been long and tortuous. It has been a journey like no other; a journey that remains incomplete, though," he said in the statement.

Wandayi said the struggle has never been about positions for individuals.

"It has been about creating a democratic and prosperous nation with an accountable leadership," he said.

He noted that as the country gets into the definitive phase of the struggle, he continues to derive inspiration from the thoughts and beliefs of Jaramogi Oginga Odinga.

"The legend, in Not Yet Uhuru, states in part, '……..Kenya’s problems in the age of Uhuru are formidable. We have to deal with landlessness, combat unemployment, give the children more schools and the people more hospitals, push up living standards of the poor in a world where the gap between the rich countries and the poor is daily growing wider,” he wrote in his statement. 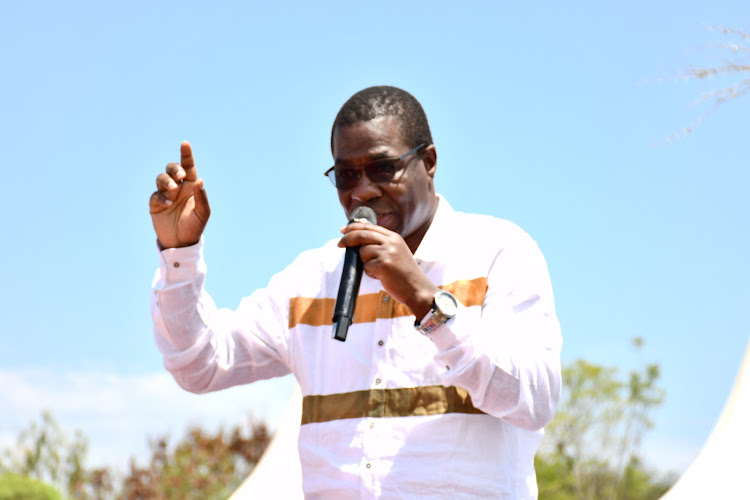 Wandayi further stated that as a patriotic member of the Orange party, he was ready to continue serving in different capacities.

"Besides, I am serving a second term in the National Assembly, wherein I chair the all-important Public Accounts Committee, courtesy of ODM."

He said that naturally, he remains indebted to ODM and Raila for the privilege and honour to serve the country and the people in those capacities.

The MP reiterated that, as a disciplined and loyal member of the movement, he will lend his full support to the candidates that ODM shall have duly nominated for the position of governor and other positions in that election.

In the meantime, he said he will dedicate his time and energy to the task of ensuring that Odinga becomes Kenya's fifth president even as he continues to serve the people of Ugunja.

"I must appreciate the desire and wishes of a wide proportion of the people of Siaya that I should have become their second governor," he said.

He thanked Siaya residents for showing confidence in him and his leadership. "However, it is comforting to note that Siaya has no shortage of men and women who are capable of serving it in the high position of governor."

Wandayi said he was confident that the people of Siaya will make an informed choice when the time comes.

"I conclude by reminding our people that, collectively, we have a solemn duty to ensure that devolution works for the benefit of the current and future generation," he said.

This, he said, calls for selflessness and a sense of patriotism in the manner the country manages the counties and their resources.

"As the Third Liberation beckons, we must remain vigilant and continue to preserve the ideals of the Second Liberation that ushered in a new Kenya under the 2010 Constitution, with devolution as its hallmark, " he said.

The decision leaves the gubernatorial contest in the hands of Senator James Orengo who will now face off against former Rarieda MP Nicholas Gumbo and former police spokesman Charles Owino. Siaya deputy governor James Okumbe is also eyeing the seat.