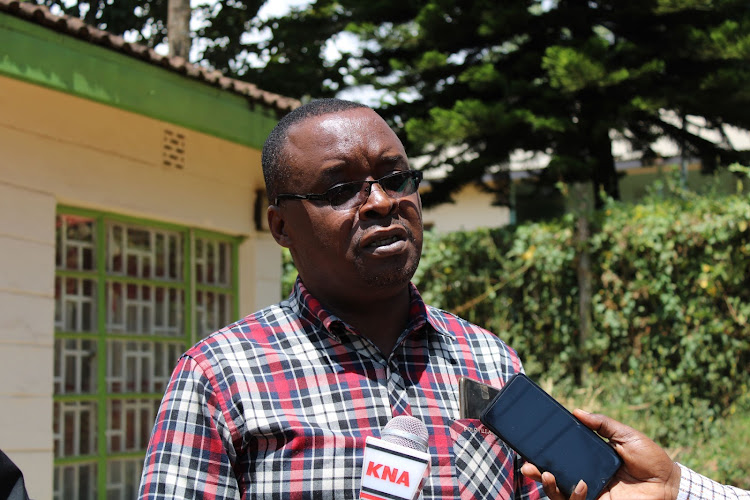 Traders who sell fertiliser at open markets in Kisii county using tins have been warned that action will be taken against them.

Agriculture executive Esman Onsarigo also cautioned farmers against buying the same from such hawkers saying they risk making losses in terms of harvests.

“Farmers need to understand that the same will compromise their production. I am challenging our farmers to buy fertiliser from appointed dealers and obtain receipts to enable them raise complaints in case of problems,” Onsarigo said on Friday.

The executive said his department will not sit and watch as hawkers hoodwink farmers, adding that poor quality fertiliser will result in food insecurity.

He also appealed to maize farmers to scratch a code on a maize planting seedling bag and send it to Kenya Plant Inspectorate Service to confirm whether the seedlings are certified.

“I am advising our farmers to scratch the code at the shop and if they do not get a message from Kephis, they should keep the receipt and report to the county’s agricultural officers for action,” he added.

Some farmers had raised concern with the microp fertiliser from YARA East Africa Company, alleging that it had stone-like particles.

The executive said the county has since sent samples to the agricultural laboratory for tests.

Onsarigo was with the company’s agronomist Eric Morang’a and county agricultural officer in charge of extension services Evans Tinega.

Morang’a said he had launched the fertiliser early this year and thus his office has not received any claim.

He said the fertiliser, specifically manufactured for maize, was blended with five nutrients and was of quality, stressing that the orange or white –like particles are potassium chloride and not stones.

“The fertiliser is made with a technology which makes it last for seven days without dissolving until a maize seed germinates and takes root," the agronomist said.

He assured farmers the fertiliser is safe, adding that farmers who had used it in their farms and the company’s demonstration farms had high yields.