Kanga says they learnt of the defection through the media

• Some UDA members in Kisumu defected to ODM on Friday without the knowledge of party officials. 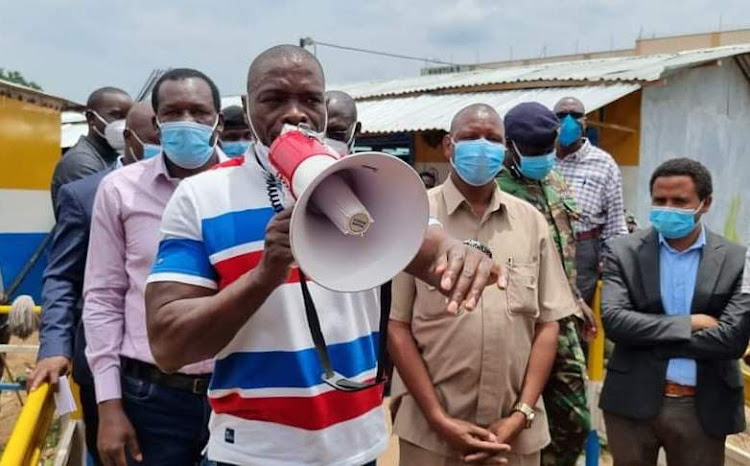 ODM officials in Kisumu have advised those seeking to defect from other political outfits to follow due process before joining the party.

On Friday, some UDA members in Kisumu defected to ODM without the knowledge of party officials.

Kanga questioned why the UDA members, led by Oliver Ochieng and James Kirunda, defected to the party without any official communication.

“We are not against like-minded people joining the party. All we are advising is that they should follow the well-laid party rules and regulations,” he said.

“Our arms are wide open to welcome new members to the ODM party, but they should first file the defection form of the initial party before decamping to the new party.”

Kanga said defectors should be welcomed to the party either at the Orange House by leader Raila Odinga or by party chairmen in their respective counties or subcounties.

“We only learnt of the defection through the media. These people came to the ODM office in Kisumu Central to defect without our knowledge. We should have been informed and verified whether the right procedure was followed before they decamp,” he said.

Kanga, who is the Market Milimani MCA, said ODM was founded on democracy and is a well-structured party which operates within the confines of the law.

He said some of the defectors have been on record abusing Raila and Governor Anyang' Nyong’o, who provided them with space to do business, and they have not apologised.

“Let these people first ask for forgiveness from the two leaders,” the MCA said.

The defectors, who supported President Uhuru Kenyatta and his deputy in 2013 and in the last general election, said they will ensure Nyanza is tightly locked under Raila.

They said they have realised that Ruto is not interested in uplifting young people who are jobless and poor.

They criticised the DP’s bottom-up approach, saying it has no place in modern economic development, where advanced technology is the most relevant.

“How can a man who owns choppers claim to be poor? He must stop hoodwinking young people through such slogans while misusing them at the same time for selfish gains," Ochieng said.

He said youth from Nyanza will soon embark on aggressive campaigns to mobilise residents who have identity cards to register as voters.

“We want to go out to every village and estate within the county and beyond to mobilise our people to register in big numbers as voters," Ochieng said.

Kirunda, who was among the youth from Nyanza who once visited the DP's Sugoi home, claimed Ruto no longer picks up their phone calls. He said the DP had abandoned them.

"It is better to work with the devil you know than the angel that you barely know. We are back to our party and we will vigorously campaign for Raila," he said.

He reiterated their support for President Uhuru Kenyatta.

"We will continue to support the President and we are convinced that with his blessings, Raila will win the 2022 presidential election," Kirunda said.

The defectors spoke during a press conference at Posta grounds next to the ODM party offices in Kisumu.

Hell, however, broke loose after anti-riot police officers in three Land Cruisers drove to the grounds and lobbed tear-gas canisters to disperse the youths.

The youths, some of whom had arrived on motorbikes, scampered for safety.

It was not immediately clear what motivated the action by the police. But an officer, who sought anonymity, said they had breached Covid-19 protocol.

Eluid Owalo, one of DP Ruto's Nyanza point men, did not comment on the latest political developments in the region.

Ruto has been keen to woo Nyanza residents to his side. He has made several visits, especially to Kisii and Kuria in Migori to win support towards his presidential bid.

He has also been working closely with other leaders from the region, such as Migori Governor Okoth Obado.