SECURITY TO BE BEEFED UP

Traders to return to Kisumu's Maendeleo market from Friday

Deputy county commissioner warns that only those whose names were published by the county government to be allowed at the facility.

• This follows a security meeting, also attended by traders, on Wednesday that resolved to restore order at the facility.

• Traders complained about runaway insecurity at the market within the main bus park terminus. 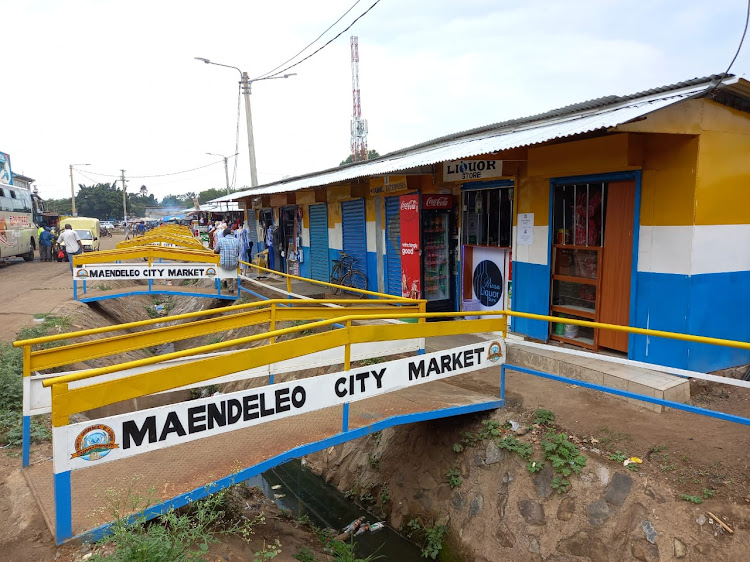 More than 360 traders in Kisumu are to be resettled at the newly established Maendeleo market from Friday.

This follows a security meeting—also attended by traders on Wednesday—that resolved to restore order at the facility. The Kisumu Central subcounty security committee team organised the meeting after traders complained about runaway insecurity at the market within the main bus park terminus.

Businesses have yet to pick up several months after Governor Anyang' Nyong’o commissioned the market. Traders say a group of people, claimimng to be offering security, invaded the market with outrageous demands.

Kisumu Central deputy county commissioner John Cheruiyot ordered for fresh resettlement of the traders in strict adherence to the list published by the county government.

During the meeting, Cheruiyot directed traders with illegal allotment letters to vacate the market immediately to allow resettlement of genuine traders.

“We have decided as a security team, in collaboration with the county government, to have the traders resettled as per the published list of traders,” Cheruiyot said.

The team also resolved that a new market management committee be constituted by traders.

“The security of that market is the preserve of the county government and any other entity purporting to be offering security to cease immediately,” Cheruiyot said.

The team has recommended that the market be fenced, a designated gate be provided and security lights be installed to beef up security.

Sampers Tours, which operates next to the market, was also ordered to vacate.

The traders present accused police boss Ngetich and Orimba of protecting the illegal group that has been terrorising them. They said the gang is headed by one Oliver Ochieng.

Some traders alleged that Ngetich has been compromised and failed to ensure maximum security in the bus park area. But Ngetich dismissed the allegations as unfounded.

"Everybody is entitled to his or her opinion. Nobody has compromised me. I will continue to provide security to locals efficiently,” he said.

The traders also demanded that Orimba be dismissed from his city inspectorate position, claiming he has been working closely with Ochieng, hence compromising the management of the market.

But Orimba denied any wrongdoing, saying he has been undertaking his duties diligently.

Kisumu Bus park chairman Shem Ochuodho said numerous complaints were filed against individuals and Ochieng's team. He said Ochieng’s group has been offering security at the market at exorbitant rates.

“From a number of cases that we had is that the group has been obstructing traders from doing business at the Maendeleo market,” Ochuodho said.

He demanded that all traders be given their spaces without intimidation and harassment by any group.

"We have had cases reported at the Kisumu Central police station because the group headed by Oliver is terrorising traders,” Ochuodho said.

But Ochieng, who was present at the meeting, defended himself, saying his group is registered and has not been mistreating any trader. He dismissed the allegations as a witch-hunt.

“I am being profiled for nothing,” he said.

Ochuodho said the traders need protection from the county and national governments to allow them to do their businesses without fear.

“From today henceforth, the legitimate traders, who were given spaces by the county government, should start operating.”

He said the spaces are not to be bought and were given free by Governor Nyong’o.

Human rights activist Audi Ogada expressed confidence that the legitimate traders will finally occupy their spaces as ordered by the subcounty security team.

“All the bonafide traders of Maendeleo market who were being harassed, and chased away from their stalls will have to occupy the spaces by Friday,” he said.

The county government will ensure the security of that market is controlled by the city inspectorate, he added.

Ogada added that at no point will the subcounty security team allow any act on lawlessness at the market.

“It is also clear and the security committee has said that those who got stalls by fake letters have been nullified and revoked,” he said.