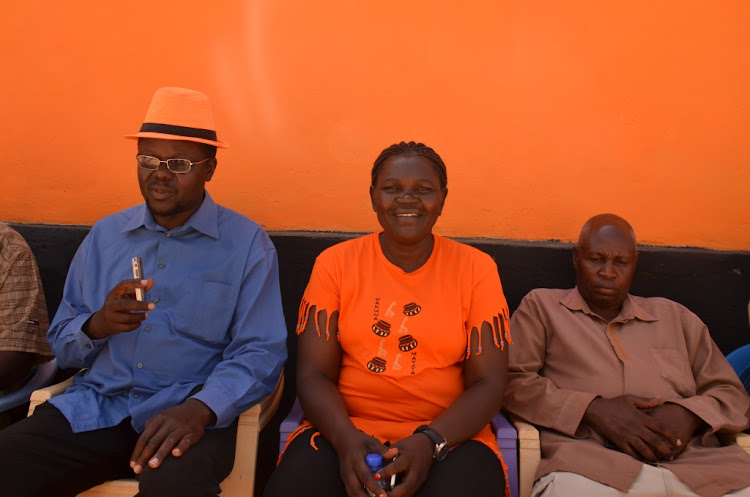 Migori county ODM leaders have urged aspirants eyeing the governor's post to desist from making alarming statements over the party nomination process which has created divisions.

County ODM chairman Philip Makabong’o said there has been disquiet in the party as governor aspirants seeking the party ticket have been making claims of direct nomination.

Several politicians have declared their interest in succeeding Migori governor Okoth Obado who is serving his last term.

Obado,  despite being elected on an ODM ticket, has said he has decamped to People Democratic Party on whose ticket he will vie or presidency.

“We are worried because we have cases of several aspirants and their supporters making alarming statements that the ODM ticket is already issued to a favourite candidate, we are not taking such remarks kindly,” Makabong’o said.

Speaking to the Star over the phone on Wednesday, Makabong’o said they are concerned.

He also asked Migori Woman Rep Pamela Odhiambo and Senator Ochillo Ayacko to respect to the party as they conduct their campaigns for the county top post.

“There are persistent rumours fuelled by several governor aspirants that the ODM ticket is already taken, we have other aspirants who feel intimidated and divide the party,” he said.

During the meeting, Odhiambo warned that spreading propaganda on party nomination will hurt the party's image.

“We have an equal stake in the ODM, and I will work closely with my bosses both nationally and at grassroots to ensure a free and fair process,” Odhiambo said.

Speaking to the press over the phone on Tuesday Ayako termed as propaganda that the ODM party nominations is already decided.

“We know these rumours are created for people who are looking for exit plan from the party by tainting the image of other leaders, the ODM party and leader Raila Odinga,” he said.

Ayacko said he was keen on clinching not only the ODM party ticket, but also the governor post and termed early talks on the ODM ticket as those caused by those in panic.