Some principals have been forced to improvise makeshift classes and dormitories. 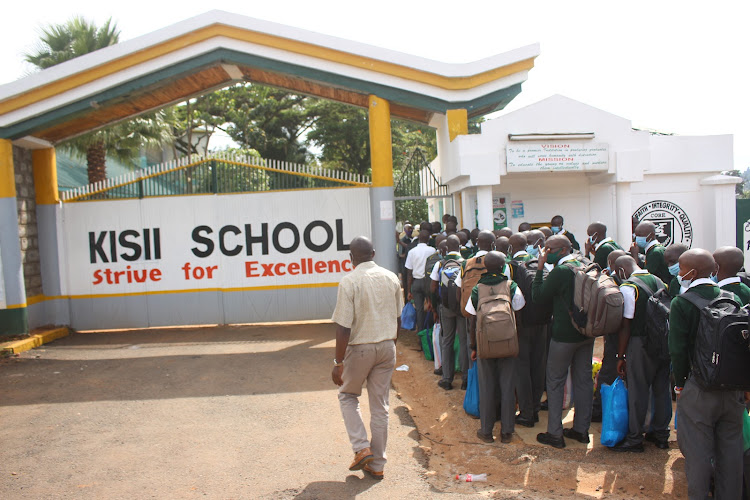 Form 1 admissions have put a strain on facilities in schools in Kisii.

The congestion is so serious that some principals are improvising makeshift classes and dormitories.

At Riokindo Boys High School, an extra-county institution, more than 500 Form 1 students have been admitted.

By Tuesday, 550 students had checked into the Seventh-day Adventist church-sponsored school.

"Given the number of those that have reported, we are bound to experience more strain in the coming months," he told the Star on Tuesday.

The school has in recent years been recording good academic performance, making it a magnet for many students.

Namlonga said students from as far as Turkana have sought admission to the school.

He said the school needs more dormitories and classes to accommodate the soaring number of students.

The school population has jumped from 300 five years ago to 2,100 currently.

Aside from congestion in classrooms and dormitories, the only source of water in the school is a borehole that does not produce enough.

"We pray to God that nothing untoward occurs. As you know, water is everything," Namlonga said.

At Amasege Mixed Boarding that he heads, a new dormitory is being built to accommodate the increased number of students.

By Wednesday, they were still enrolling more students. "It's all a mad rush to catch up," he said.

"But as we do this, we remain grateful for what the government and our local political leaders have done so far," he told journalists at his office.

At Ibacho High School, another extra-county institution, a new dormitory is almost complete.

School principal Philip Ochoi said facilities are not going to be enough so long as the school is posting good results.

"That is a fact of life that so long as a school is on a trajectory like this one, it attracts more students yet we still have other schools with as few students as 100," Ochoi said.