Ouma says they were contemplating withdrawing the shamba system in Mt Elgon Forest.

• Under the system, farmers tend to tree saplings on state-protected forest land and in return intercrop perennial food crops until canopy closure.

• Climate experts now warn that if the situation is not reversed in Mt Elgon Forest, the region will suffer from global warming. 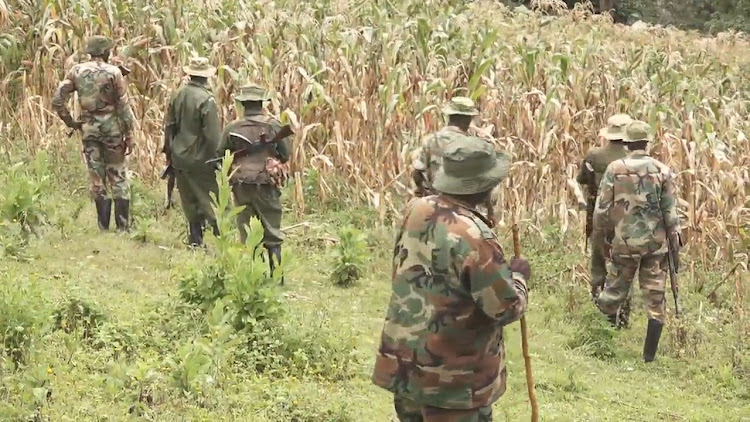 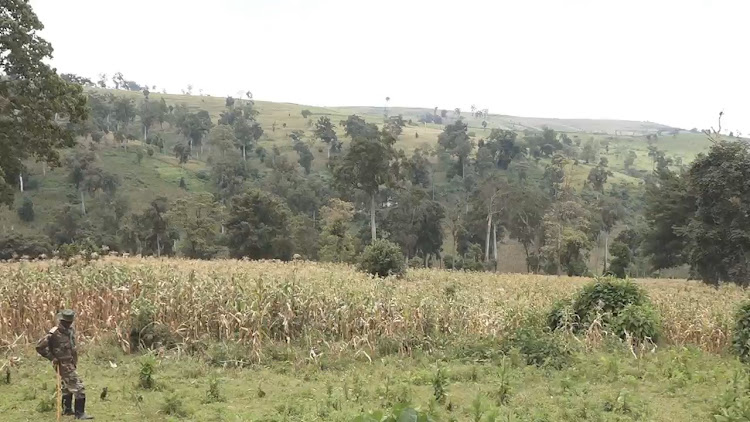 A forest service officer in an area where shamba system is being practised
Image: JOHN NALIANYA

When the government introduced the shamba system, it did not foresee the danger of forest destruction.

The idea behind the shamba system was to boost food security among communities neighbouring forests, while they helped conserve the environment by nurturing young trees.

Under the system, farmers tend to tree saplings on state-protected forest land and in return intercrop perennial food crops until canopy closure.

But in Mt Elgon, the communities have destroyed the forests they were supposed to help rehabilitate.

So dire is the situation that affected areas like Chebomai, Chesokwo and Kipsrok in Cheptais have no tree standing. The area used to have dense forests but now lies bare.

Other forests in Kamuneru, Kiptugot and several others in Trans Nzoia have not been spared.

Climate experts warn that if the situation is not reversed in Mt Elgon Forest, the region will suffer from global warming.

Mt Elgon Forest is a main water catchment area. It is the source of the Nzoia, Turkwel and Malakisi rivers.

Mt Elgon resident Peter Kitelo said although the idea was aimed at helping local communities grow food as they take care of the environment, the system has been exploited to benefit some corrupt government officials.

Kitelo, a member of the Chepkitale Indigenous Development Project, said other than residents farming on the same parcels of land longer than they are supposed to, illegal logging has compounded the problem.

"What was an indigenous forest during the colonial era is no more. It is time something is done," he said.

Kitelo said they had tried to raise the issue with the authorities, but were ignored.

"We have tried reaching out to the relevant authorities with no success. What we are left to do is sit back and watch as the forest is destroyed by human activities on the pretext of shamba system," Kitelo said.

Kitelo said some communities invaded parts of the forest they were not supposed to farm on.

He said even after the government barred them from farming in some areas, they did not listen.

Kitelo said a new approach should be used by the government to stop forest destruction.

He said not everyone given a piece of land to practice the shamba system is interested in conserving the forest.

"Areas like Banantega and Kaberwa have less than 10 officers who are expected to patrol, yet it is vast," he said.

Masut said when the government introduced the shamba system, it should have ensured that it encouraged communities to plant trees on private land too.

He said most residents don't plant trees on their private land, assuming they own the trees planted in the spaces they practice the shamba system.

"Most residents have a bad notion that once they conserve trees during the shamba system, they own the trees," Masut said.

Western region head of conservancy Harrison Ouma said that the system worsened the destruction of forests, especially in Kaberwa and Kaboywo.

“We admit that while the shamba system has been successful in some parts of the country, it has been a big letdown in parts of the Elgon Forest,” he said.

Ouma said they were contemplating withdrawing the shamba system in Mt Elgon Forest.

He said most people who were engaged in the shamba system were not interested in conservation but had other ulterior motives.

“You will realise that they have an ill-motive because immediately we gave directives like they shouldn’t grow maize this year, some withdrew from the system,” he said.

He, however, noted that they are regions where the shamba system has been a success. They include Turbo, Nzoia, Malava and Bunyala. 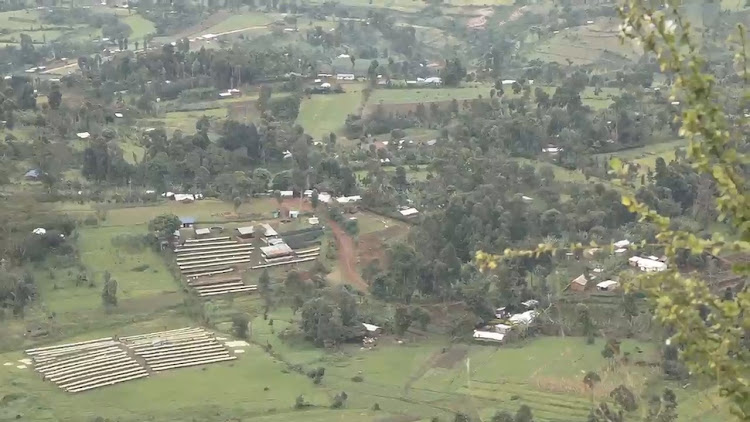