Over 30 OCS transferred across the country 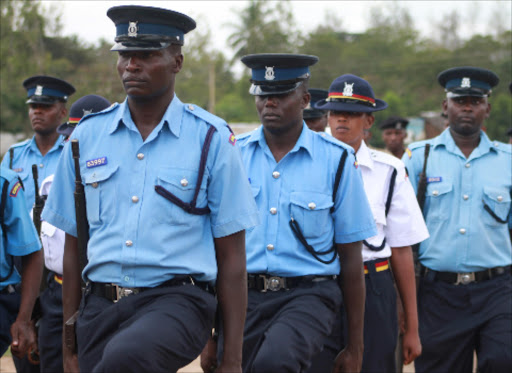 More than 30 officers commanding stations have been transferred across the country in changes announced by the deputy Inspector General of Police Edward Mbugua.

Another eleven officers in the rank of inspector of police were also affected in the shakeup according to a dispatch seen by the Star dated July 27.

The dispatch signed by Boniface Maingi on behalf of the deputy IG directs affected officers to move to the new stations by August 10.

Among those who have been moved include James Kabogo Jeremiah who was the OCS Mosoriot in Nandi county.

He was taken to Kilifi county as staffing officer in charge of personnel in Kaloleni subcounty. Gerald Muthui Ndirangu moves from Kaloleni to Mosoriot as the new OCS.

James Musyoka Maingi was transferred from Bomet county to Kakamega as the OCS of Matunda while Francis Muthee who was the staffing officer in charge of personnel in Igembe South has been moved to police headquarters to the directorate of community policing, gender and child protection.

Njaphala Fatuma moves from Kilifi South subcounty where she was staffing officer and will now be the new OCS of Marafa police station within the same county.