The county assembly rejected his nomination, which requires its approval before he can become deputy county chief.

• Gesami apparently enjoyed all the privileges of a deputy governor.

• He had a security guard and an official car, and was accompanied by county government officials. 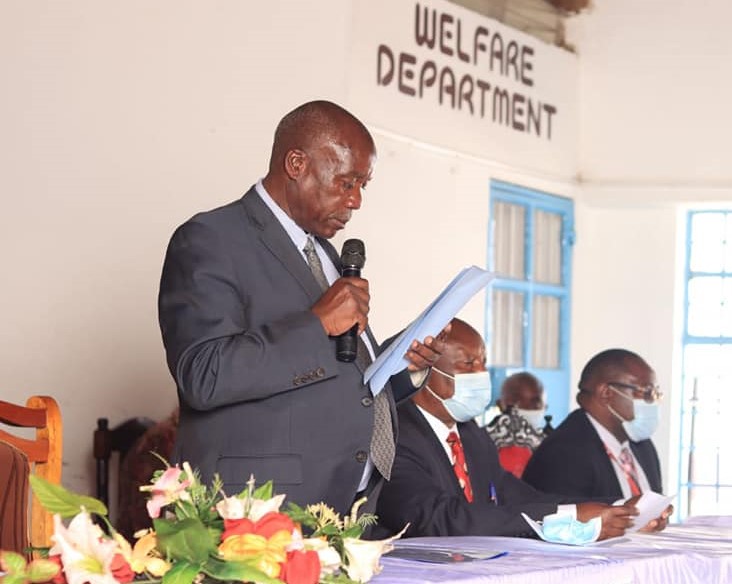 Nyamira deputy governor nominee James Gesami has assumed executive roles despite having been rejected by MCAs.

On Wednesday, Gesami carried out his first assignment when he represented Governor Amos Nyaribo as chief guest at the Equity Bank Wings to Fly event at Sironga Girls' Secondary School. The programme supports needy but bright students.

Gesami currently serves as Nyariobo's special programmes adviser. However, during the function, he enjoyed the privileges of a deputy governor. He had a security guard, an official car and was accompanied by county government officials. He read Governor Nyaribo’s speech.

Gesami’s appointment was blocked by both the assembly’s appointment committee and the whole assembly earlier in February, prompting Nyaribo to hold several meetings with MCAs to convince them to approve his nominee.

Nyaribo and Gesami say some political forces are behind their disappointments but maintain that they will continue working for the people. Those out to frustrate them do not have residents' interests at heart, they say.

A group of MPs is said to have engineered the rejection of Gesami.

“I understand that a section of our leaders is using our MCAs to stall the development plans of our county, but let me assure our people that we shall work for you despite any challenge that shall come our way,” Nyaribo told journalists in a past interview.

He maintained that handouts to MCAs will not affect his plans for the people.