• Nyong'o said droughts are the most severe and frequent production risk and the main driver of volatility in the agricultural sector. 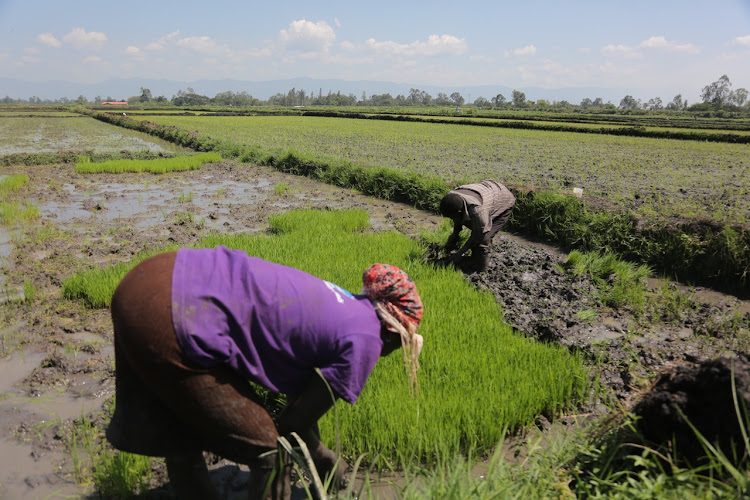 The Kisumu government has in the past four years received Sh348 million from the World Bank to support food security initiatives.

The initiative is being implemented in collaboration with the county and the national government as part of the campaign for climate change interventions.

"Agriculture is key to rural poverty alleviation in Kenya and in Kisumu because nearly three in four Kenyans live in rural areas and depend primarily on agriculture," Nyong'o said.

He said droughts are the most severe and frequent production risk and the main driver of volatility in the agricultural sector, hence a key area to look at if farmers have to reap big.

The project focuses on increasing agricultural productivity, enhancing resilience to fallout from climate change, and reducing greenhouse gas emissions. It is being implemented in 24 counties, Kisumu being one of them. It targets smallholder farmers.

"The project has come at the right time because agriculture accounts for 24 per cent of the gross domestic product directly and another 26 per cent indirectly through manufacturing and agro-processing," Nyong'o said.

He said the sector supports the livelihoods of 80 per cent of residents. The governor said his administration, through the department of agriculture, aims at expanding farmers' knowledge and skills.

"We intend to transform our agriculture from a low-income, low-efficiency, and low-technology sector to a vibrant modern sector supporting value addition. This will be done through scientific and technological innovation, improved extension services and credit provision," he said.

With the support of the World Bank, the county issued cheques for Sh51.6 million for micro-projects in May last year to community common interest groups and vulnerable marginalised groups.

The beneficiaries were from the six project wards targeting value chains for indigenous chicken, cassava and sorghum production.

"Through KCSAP, our county targets 22,000 direct project beneficiaries," he said.

The beneficiaries will be reached through common interest groups and vulnerable marginalised groups for micro-projects, climate-smart agriculture investments, and producer organisations, including public-private partnerships.

"Improved varieties of the traditional food crops and chicken are now available in Kenya Agricultural Livestock Research Organisation. I urge our farmers to expand production of these drought-tolerant crops and livestock enterprises," he said.

He asked farmers to prioritise traditional crops since they are more nutritious and widely adapted to the region's environment.

Nyong'o said the project is about mitigating the effects of climate change that are already jolting the world.

The governor pointed out that access to markets is also crucial in unlocking value chains.

"Towards this end, the KCSAP disbursed Sh4.79 million to six producer organisations in June 2021," Nyong'o said.

According to the governor, the funds are meant to mobilise farmers to access niche markets.

He disclosed that 13 sub-projects worth Sh366 million have been approved for funding and implementation under KCSAP, in addition to the micro-projects and producer organisations.

The sub-projects are infrastructural works aimed at benefitting more than 500 people in components such as irrigation schemes, water pans, aqua-parks, and poultry incubation centres.

He said three of the projects are complete, while the rest are at various stages of implementation.

According to the governor, KCSAP will also contribute to the food and nutrition security pillar through enhanced food security, new jobs, income and investments.

“I urge you to make good use of the funds. We will follow up on you to ensure your practice improves production."

He also urged farmers, especially the youth who have benefitted from the grant, to use the opportunity to adopt new technologies and utilise them to boost production and productivity in the region and beyond.

Nyong'o said the county set aside Sh30 million for a new rice mill.

"We want to begin milling our rice in the rice belt. We need to begin packaging our rice and sell it in the local supermarkets when branded."

He said Kisumu has the capacity in terms of land for expansion in rice-growing areas.