• Ruth Obare was picked from her Siaya home where she took the minor on Wednesday last week. 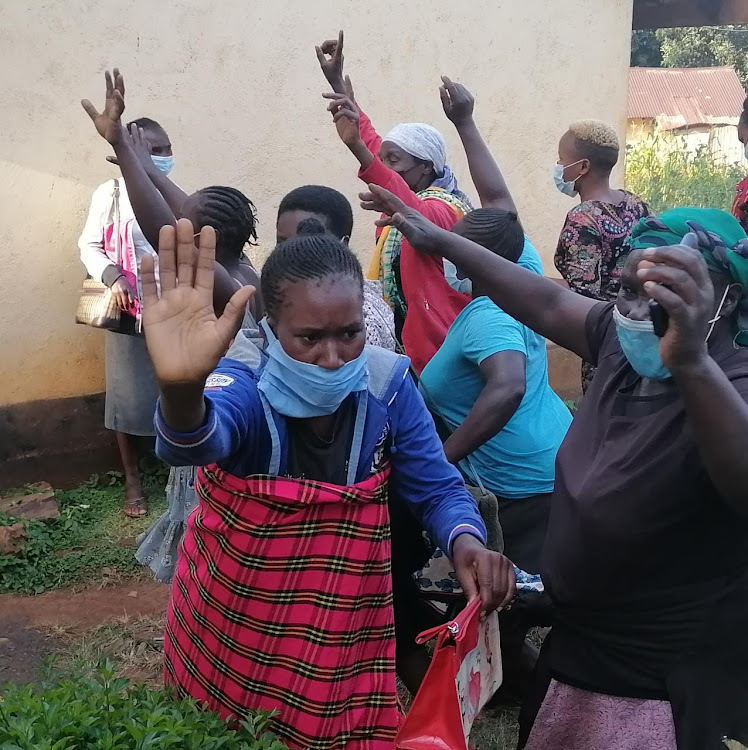 Gladys Nyanchama, overcome with joy, following the recovery of her baby who was abducted a week ago.
Image: MAGATI OBEBO

Police in Kisii on Thursday seized a woman suspected of abducting a baby from Nyankongo area.

Ruth Obare was picked from her Siaya home where she took the minor on Wednesday last week.

"It was a long winding chase but I'm happy she has been arrested and would be prosecuted soon," he said.

The suspect had been posing as a vegetable vendor in the area.

The child's mother, Gladys Nyanchama, was joyful when she was reunited with her son.

She said she had gone to fetch water from the nearby stream and had left her son with her eldest daughter when the suspect walked into the house and kidnapped the child.