They says former SG should now concentrate on politics 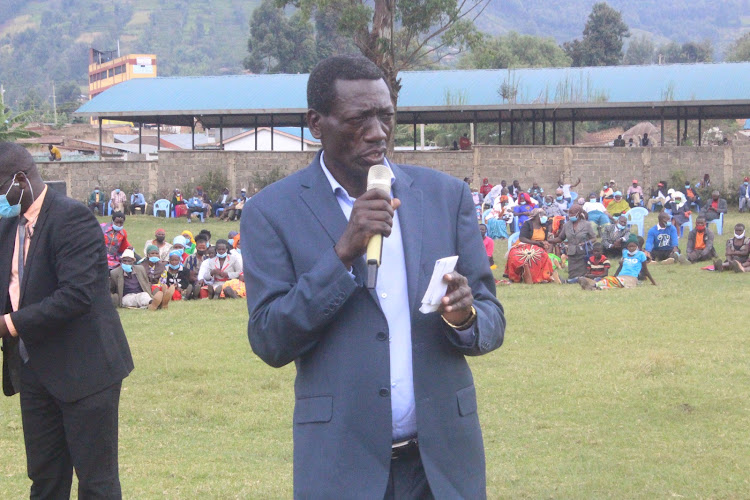 They said Sossion should now concentrate on politics and not to interfere with the union since he was unable to demonstrate leadership when he was in power.

Sossion resigned on June 25 after three years of leadership conflict.

Sossion's resignation last month marked nine years of service at the helm of Knut first as a chairman before taking over the powerful secretary general role which also doubles as the union's spokesman, which is currently held by Collins Oyuu.

In his resignation speech, Sossion said he was ready to pave way at the union if it would allow the Teachers Service Commission to smoothly remit union dues.

During his announcement, Sossion lauded his achievements during the time he served at Knut.

"I shall remain loyal to Knut and will always be available to advise and support the leadership," he said.

Oyuu said the union will not experience the leadership wrangles as was during his predecessor's tenure. He said they will do what Sossion was unable to achieve.

“We have seen him on national television, social media and leading national newspapers discussing matters on Knut even when he is not in power, which is a gross misconduct. We want to send a message of warning to him to keep off matters to do with the union because we are there now and he should concentrate on other things,” Oyuu said.

“We want to send a warning to him, if he is not busy enough in Parliament, then let him go for an elective post in 2022 and be elected. Let him leave union matters to us so that we can restore the glory that was lost when he was secretary general,” Knut deputy secretary general Hesborn Otieno said .

Otieno further said the leadership in place has the capability of handling teachers’ matters and they should be given time to run the union because Sossion was unable to.