My projects to be completed before I leave office — Ongwae

Kisii governor wants all development initiatives done according to plan to secure his legacy.

• Since taking the oath of office, he has prioritised health, roads, and farming to spur growth.

• He said he has allocated Sh4.7 billion to the health sector out of the Sh12 billion budget. 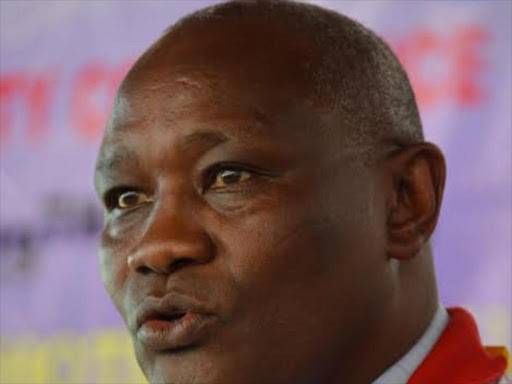 Kisii Governor James Ongwae says his administration is committed to completing all development projects before his tenure ends next year.

Ongwae said he wishes to leave a good legacy by ensuring that projects are done to standard so that residents can get value for their money.

Since taking the oath of office, he has prioritised health, roads, and farming to spur growth.

He said he has allocated Sh4.7 billion to the health sector out of the Sh12 billion budget.

“My administration is doing all it can to change the lives of people. I am going to ensure new and old projects are completed to benefit our people,” Ongwae told the Star.

“I have been focusing on a number of sectors, the health department being one of them. I have been allocating 40 per cent of the total budget to the sector.”

Ongwae said a number of access roads have been done, making it easy for farmers to transport their produce to the market.

“The county has made strides in terms of road infrastructure. Some of the roads were there were in a pathetic state but since I took office, things have greatly improved,” he said.

The governor said he has allocated Sh1.2 billion to help complete the ongoing road projects and open new ones.

He cautioned residents against listening to politicians who claim the county has not made any progress. Let those who want to be elected explain their policies, the county chief said.

He said the county is purchasing modern equipment for setting up a banana processing factory and structural works have been completed.

“Our banana factory will be operational the procurement process is complete. We are encouraging our farmers to plant more bananas to be able to supply,” Ongwae said.

The project is funded by the European Union to the tune of Sh110 million, with the county government giving Sh60 million. The county will look for an investor to run the plant and identify banana collection centres.

“I want farmers to understand that the government is not in business; that is why it will identify an investor who will run the factory on their behalf.”