The sector is losing out to criminals and money-launderers.

• The findings have been drawn from research on gold flows in 2020 during the onset of Covid-19 in Kenya, Uganda, South Sudan, Zimbabwe, and South Africa.

• Data from the Ministry of Mining and Petroleum show that the country has between 100,000 and 250,000 miners across West Pokot, Turkana, Nyanza, and Western regions. 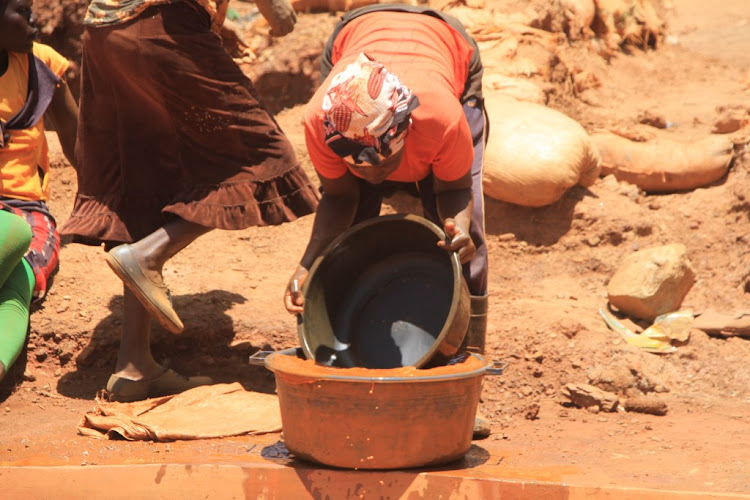 The gold sector is losing out to criminals and money launderers in African because of corruption and lack of a clear policy, a report says.

The report titled ‘Illicit Gold Markets in East and Southern Africa’ and released on June 8 by Global Initiative Against Transnational Organised Crime says illicit gold trade pulls in criminals and senior government officers in the region.

The findings have been drawn from research on gold flows in 2020 during the onset of Covid-19 in Kenya, Uganda, South Sudan, Zimbabwe, and South Africa.

“Criminal investigations should target the activities of key actors in the illicit gold trade, including senior government officials,” the report states.

The sale of ore in the black market has been attributed to a lack of a mechanism to regulate and register artisanal miners in Kenya and the high bureaucracy marred with corruption to obtain licences and export the precious ore.

“The country delays in establishing a gold refinery plant, which avoids export of raw gold in Kenya has seen traders seek services in Ethiopia, Tanzania, South Sudan, Italy, and South Africa which has seen the country lose resources,” Ken Opala, the GI-TOC analyst for Kenya, said during the report launch.

Data from the Ministry of Mining and Petroleum show that the country has between 100,000 and 250,000 miners across West Pokot, Turkana, Nyanza, and Western regions.

"Officially, only 394.9kg of gold were produced in 2019,” and the number in the black market could be “producing 10 times the official figures, but most of this remains in the informal value chain.”

The report said the mining areas are at the border with Kenya and its neighbours and have a history of smuggling and organised crime, which makes gold to be traded illegally.

“In Kenya, there is evidence of senior politicians and foreign nationals being involved in the illegal mining, processing, and trade of gold,” said Marcena Hunter, a senior analyst at the Gl-TOC.

A recent crackdown in Migori on illegal gold activities showed that senior government officials and a former ambassador were involved in illegal mining.

Further, the report established that because of the lack of a framework, the gold sector in Kenya has attracted criminals from China, South Africa, Ethiopia, Somalia, Dubai, and Uganda.

The report calls for an electronic database for artisanal miners and traders and the creation of innovative methods of curbing crime and movement of illegal gold, whose proceeds are partly used to fund conflict and launder money.