Workers say patients are suffering and the problem should be fixed urgently.

• Union officials told a press conference that residents are unable to get medical services as the facilities have run out of supplies. 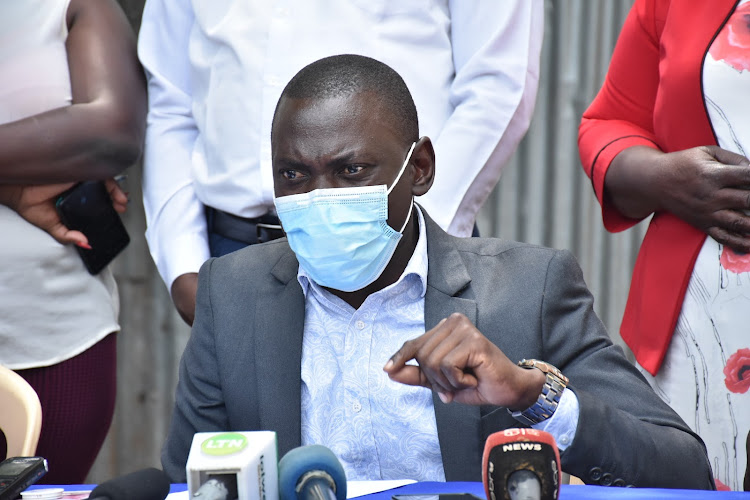 Kisumu healthcare workers have decried the lack of essential drugs and other medical supplies.

Union officials told a press conference that residents are unable to get medical services as the facilities have run out of supplies.

County Kenya Union of Clinical Officers secretary Craus Odhiambo said they have had to send patients to private chemists.

Odhiambo urged the county government to stock the facilities with the requisite supplies.

Healthcare workers find it difficult to work when facilities have run out of stock, he said.

He added that drugs were last supplied in April last year and in this financial year, no drugs have been supplied even though they made requests last financial year.

The county government, however, dismissed the claims, saying the health sector is stable, well-resourced, and well-managed.

“What people should understand is that the county government by law procures drugs from Kemsa. In any case, there is a shortage in Kemsa and the counties cannot procure from anywhere.”

He noted that the county procures based on hospital demands and cannot procure every day.

He said some people are hellbent on creating the impression that the public is suffering, yet health facilities received their funding two weeks ago.

Ager said the health workers sent demands to the media without communicating the same to the executive.