Residents called for special prayers for the learning institution 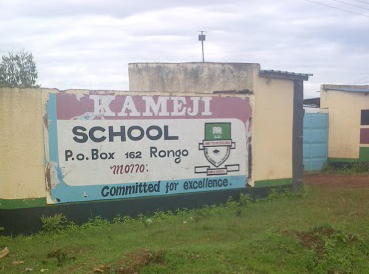 A teacher at Kameji Mixed Secondary in Rongo subcounty was found dead on Sunday evening at the staff quarters.

The body of chemistry teacher Willis Onyango was discovered in his house days after the school closed last week.

“He was alone in his house and nobody has given a clear indication when he was last seen. He was found on the floor,” Boy said.

The body was picked by Kamagambo police officers who have launched investigations into the cause of death. The body was taken to Rosewood Hospital mortuary.

“He was a quiet teacher and was good at the subject he taught. We never knew he drank as there are claims he was out drinking,” John Ogindo, a student at the school, said.

Alphonce Odiero, a resident, said the death has shocked them and called for special prayers for the school as that was the second death in months.

On May 24, Felix Okoth, an electrician from the village, was electrocuted as he tried to reconnect power for the school. Kenya Power officers had disconnected it over unpaid bills.

“We are shocked over these two deaths which have never happened in the institution; we need special prayers for the school and further investigations,” Odiero said.