• Philip Owuo sued the county government of Homa Bay on behalf of others who were affected by the eviction order.

• Maloba directed that the application be heard inter-partes on August 10, 2021. 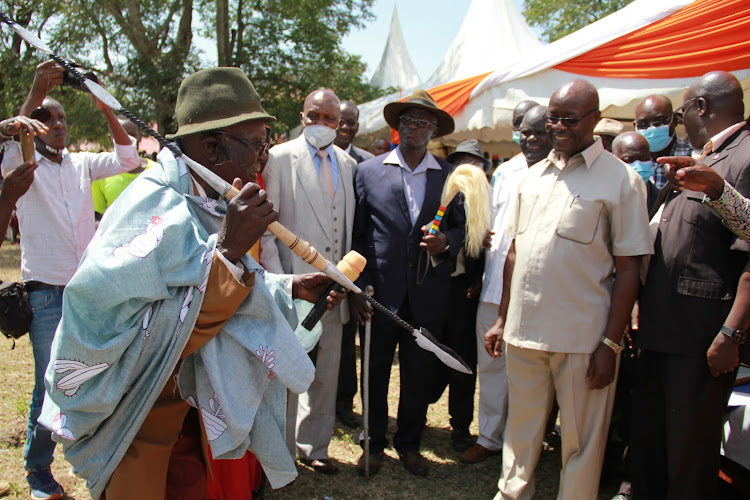 The warrant of arrest was issued by principal magistrate Tom Olando on July 8, 2021, over contempt of court.

Maloba directed that the application be heard inter-parties on August 10, 2021.

While issuing the warrant, Olando directed the police to arrest the county secretary over failure to comply with a court order.

Ogwe is accused of defying a court order issued on September 20, 2018.

This follows a case in which some Homa Bay residents went to court to challenge the county government’s directive to move out of Sofia estate.

The interim injunction issued by the then Homa Bay principal magistrate Susan Ndegwa, was meant to deter the county government from evicting traders from Sofia estate in September 2018.

The Homa Bay government wanted the traders to pave the way for construction of Homa Bay County Stadium, which is ongoing.

In his orders, Olando argued that Ogwe is the responsible officer of the county government for defying the order.

“The matter will be mentioned on August 10, 2021, to confirm compliance with the above order,” Olando wrote.

In the case, two Homa Bay residents, John Owino and Philip Owuo, sued the county government of Homa Bay on behalf of other people who were affected by the eviction.