Bill has been before the National Assembly for the last eight months.

• Bloc Chairman and Wycliffe Oparanya said they will engage Agriculture Cabinet Secretary Peter Munya on how to speed up the bill.

• Oparanya noted that sugar companies in the region have all collapsed, hence the need to revamp them. 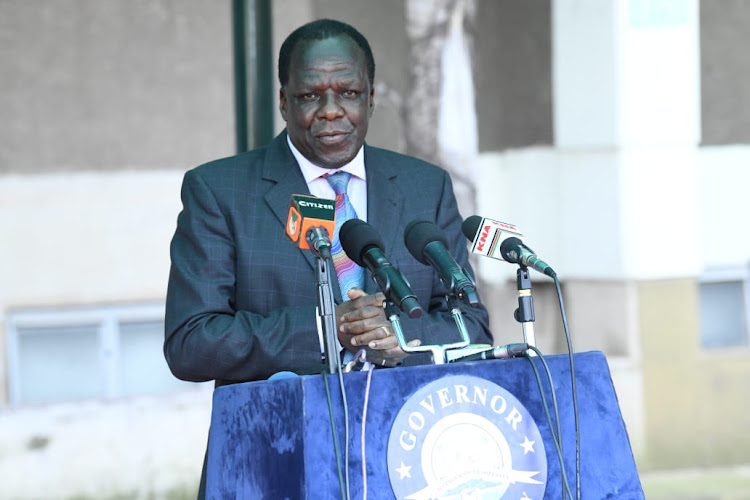 Governors from the Lake Region Economic Bloc have called on the parliament to fast-track the Sugar Bill to help revive the collapsed state-owned sugar mills.

They said the bill has been before the National Assembly for the last eight months.

The bloc Chairman and Kakamega Governor Wycliffe Oparanya said they will engage Agriculture Cabinet Secretary Peter Munya on how to speed up the bill.

After meeting Munya, they will have a discussion with the National Assembly Speaker Justin Muturi and Senate Speaker Kenneth Lusaka to expedite the bill.

Oparanya who was speaking after the bloc's seventh summit in Kisumu said governors will also involve relevant committees in parliament.

Oparanya noted that sugar companies in the region have all collapsed, hence the need to revamp them.

The state-owned millers have been bedevilled with various challenges such as financial constraints, obsolete machines and huge arrears both of farmers and workers.

The governors have requested Munya to gazette the sugar regulations which were agreed upon by all stakeholders last year.

“Up to the moment the regulations has not been gazetted,” Oparanya added. The county chiefs also asked Munya to suspended the importation of sugar which has affected the price of sugarcane.

“For the last few months they have been able to give licenses and importation of about 43,000 metric tonnes of sugar in the country,” Oparanya said.

He told the CS to set up a stakeholders committee as was pointed out in the task force report.

“This committee will oversee various legislation that will be in place and ensure proper sustainable structures to sustain the sugar sector,” he said.

The governors further appealed to the national government to intervene in the nine cases in court that are stopping the leasing process of government owned sugar companies.

He said the leasing should be allowed to go on as was recommended in the sugar task-force report.

The government plans to lease Chemelil, Muhoroni, Mumias, Sony, Nzoia sugar and Miwani companies to private developers to make them more vibrant and cost-effective in terms of production.

During the meeting, the governors urged the government to ensure the process of reviving Mumias Sugar Company continues under the receivership of Kenya Commercial Bank.

“There has been a lot of politics about the revival of the company. Actually, there was no need for such politics. We are urging the relevant stakeholders to ensure that we fast-track the process and that will be a model for other public companies to follow suit when leasing their meals,” Oparanya said.

He also called on CS Munya to appoint or reappoint the board of directors of sugar companies that had been suspended. Currently, Oparanya noted that public mills are operating without a board of directors making the managing directors or receiver managers have nobody to account for.

“As you have heard in Nzoia Sugar there is mismanagement and there has been a problem between the management and farmers in the region,” he said.

Oparanya said it is important that Munya appoint either new board of directors or reappoint the ones that were there to make sure there is oversight and direction.

He reassured that the governors committed to leasing the mills to make them more productive and beneficial to farmers.