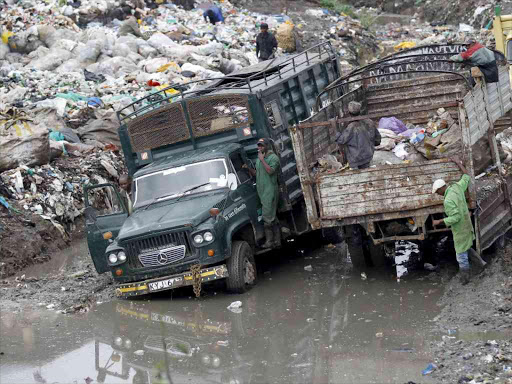 Three Catholic priests in Kisii have joined a growing list of dissenting voices opposing the establishment of a dumpsite on a land in dispute in Nyatieko area.

The bid to put up the dumpsite at Nyatieko in Kitutu Chache South has seen residents  hold demonstrations to express their disapproval of the project.

The priests on Tuesday cited lack of proper public participation for their dissent.  The land, said to had been controversially procured at Sh34 million, is also earmarked for a cemetery.

The protest from the clergy is the latest in the intrigues from various stakeholders who want the project halted.

The project establishment proposals have already sparked  run-ins between residents and the police.

At least three journalists covering the demonstration have been assaulted by enforcement officers in the recent past.

The county has also begun erecting a perimeter wall around the land contravening a court order.

Masese said as priests, they have misgivings on the project which has been rejected by residents.

He said insufficient consultation by the county continues to spark protests and thus the need to halt it.

“We want to know why Governor James Ongwae  is obstinately constructing the perimeter wall against a court order which stopped any development there,” said Fr Masese in a statement.

The clerics said  putting up a cemetery and a dumpsite on the land would pose health challenges to schools and churches nearby.

“If our Kisii county government loves God and its people, let them relocate the project elsewhere. We are appealing to President Uhuru Kenyatta to protect Nyatieko residents,” added  Fr Nyaanga.

A section of Nyatieko residents have already issued an ultimatum to the county to either withdraw the project or they block it from taking off.

They further want  the EACC to commence investigations on top county officials, including the land registrar, the surveyor and the CEC for lands Vincent Sagwe, among others, who approved the project.