Abala says those responsible for the act face the law 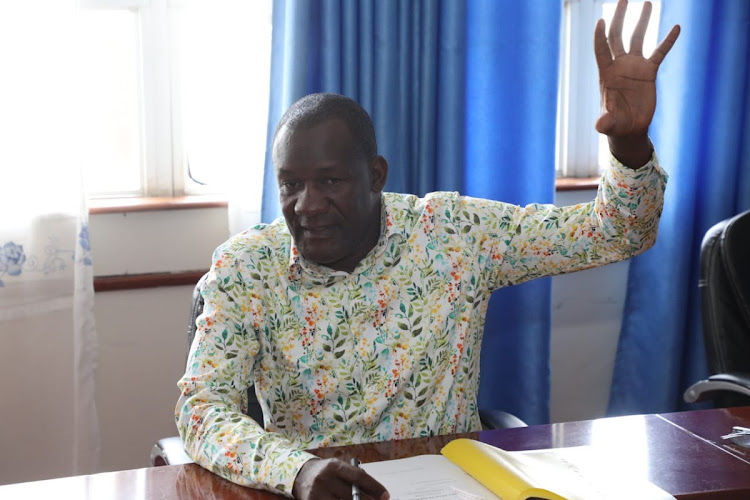 Kisumu city management has warned of individuals masquerading as county officers and marking structures for demolitions.

The management team has been issuing notices on illegal structures and building extensions within the city seeking to restore order.

However, some people took advantage of this and started marking various structures for demolition.

"Our attention has been drawn to a few unknown individuals who are masquerading as city officials and marking structures for demolitions as witnessed along Apindi street, Nyamlori and Garissa lodge areas," city manager Abala Wanga said.

He termed it an act of hooliganism that will not be tolerated by  the county government.

Abala said city management will ensure those responsible for the act face the law.

"We therefore appeal to traders and the citizenry at large to remain vigilant of these people who are out to serve their self-interests," he said.

There was fear among the traders within the area after the structures were marked for demolitions.

This is not the first time illegal markings have been done. Earlier when the city management begun demolitions of illegal structures, several fake notices spread on social media and in the area, giving them 30 days to vacate.