Where is Sh100m Uhuru pledged for sports ground facelift?

• Prior to the pledge, Sh111 million from the World Bank had already been allocated for the upgrade.

• Sources privy to the ongoing facelift and senior government officials said the money pledged has not been released towards the project. 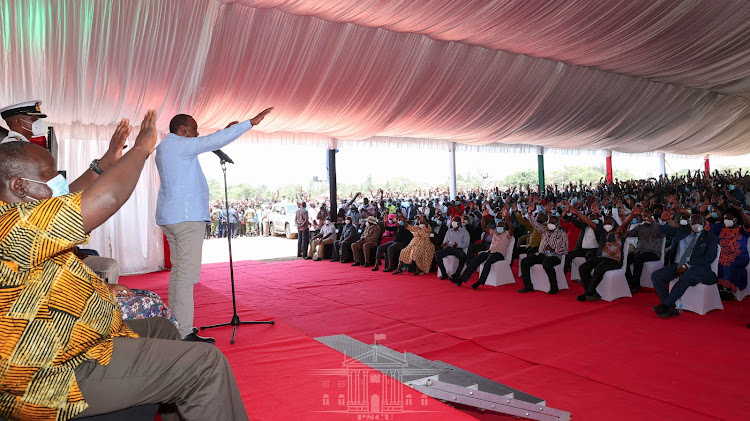 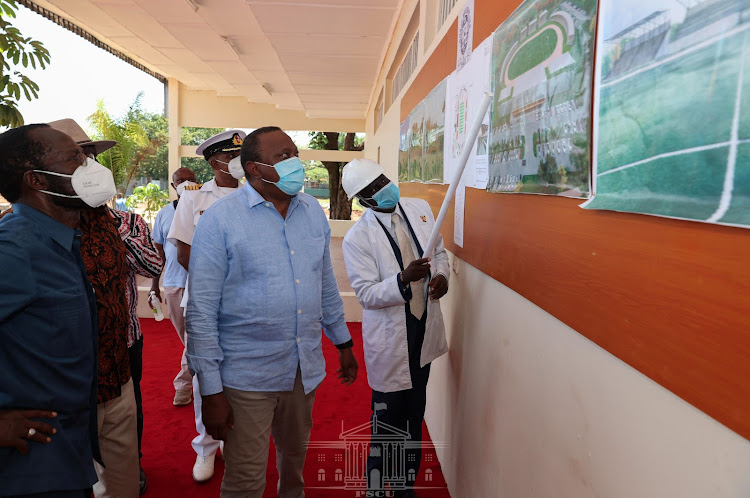 The Sh100 million pledged by President Uhuru Kenyatta to refurbish Jomo Kenyatta Sports Ground in Kisumu seven months ago has not been released.

Sources privy to the goings-on said the money was to fund the completion of the sporting facility, which is undergoing a facelift.

Prior to the pledge, Sh111 million from the World Bank had already been allocated for the upgrade. The project is expected to be completed by September.

The upgrade of the facility is part of the second phase of World Bank-funded projects in Kisumu that commenced in August 2020.

Residents who spoke to the Star wanted to know what happened to the money Uhuru promised.

"We are not aware if the money has been pumped into the renovation of the facility or not," Joshua Akelo said.

The pledge was made on October 22 when the President, accompanied by ODM party leader Raila Odinga and senior government officials, toured projects in Kisumu.

There is a proposal to rename the facility to Jaramogi Oginga Odinga Recreational Sports Centre, although this has not been done officially.

Kenya Urban Support Programme coordinator Charles Omollo said the work on the facility is progressing well and within the contract’s time frame.

Landscaping and walls are nearing completion. The contractor, he said, has also done walkways and planted natural grass.

Omollo said the facelift by Brama Logistics Limited will modernise the facility to international standards.

“We signed the contract with Brama Logistics Limited in September last year. Upon completion the contractor will still be on site for another year for maintenance,” Omollo said.

The upgrade will include an ultramodern football pitch, refurbishment of Od Mikayi, canopy shades, open event garden, a tennis court, a hockey pitch, a fountain and restaurants.

Upon completion, Omollo said football, hockey, volleyball, basketball and netball pitches will be modernised as per international standards. He said the hockey pitch will come with artificial turf.

“We are going to rehabilitate the pond. The works include cleaning and disinfecting the pond water for hygienic approvals, repairing the water circulation system in the pond including the pumping and filtration system,” Omollo said.

He said a restaurant will also be built in the pond area adjacent to the food court.

“We are still looking at the design of having a floating restaurant in the pond and if it can fit within the project’s budget,” Omollo said.

The facility, he said, will have modern gates with security booths installed.

Brama Logistics Limited managing director Bob Ndolo expressed confidence that they will complete the project within the stipulated time.

In phase one of the project, he said they have achieved their target as required.

“A lot of work has been done and we are moving on well,” Ndolo said. He said the current football pitch will be rehabilitated to host Ligi Ndogo matches.

“The pitch will have spectator stands and areas for the technical bench and reserve players to sit,” Ndolo said.

He directed the contractor to complete the work within the given timelines and ensure the facility is ready for use by April this year (this month).

The facility is almost complete. Some Sh415 million has been budgeted for its renovation to 20,000 capacity.

Once complete, the multipurpose stadium will have a football pitch, hockey pitch, tennis, basketball and volleyball courts to be used by the entire lake region.

Uhuru said it is time Kisumu has a sports facility that meets international standards to serve the increasing number of prospective sportsmen and women in the region.

He directed that the road leading to the facility be repaired.

The President said the facility will host its first match, which will be the Mashemeji Derby between Gor Mahia and AFC Leopards in April 2021 (this month).

Uhuru said the construction of the new sports facility is a fulfilment of his election promise to the people of Nyanza.

Mamboleo ground, which has over the years hosted agricultural shows, has been the home ground for Kisumu Rugby Football Club, concerts and also hosting Onge Ringo Six-Aside football tournament and Touch Rugby. 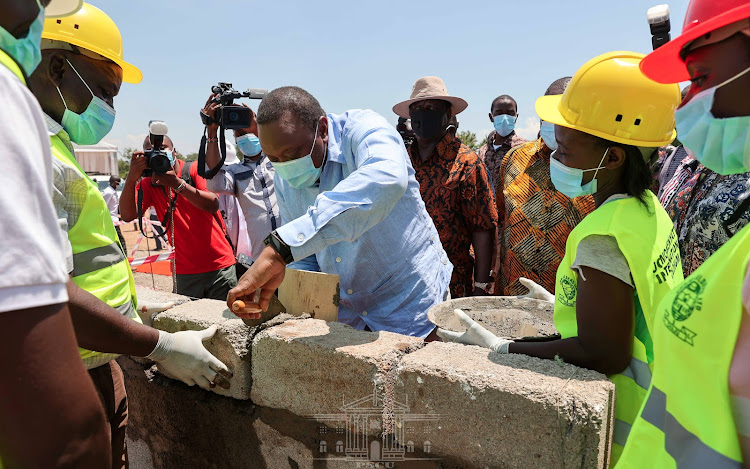