One Kenya Alliance is hot air, no match for Raila, says Osotsi

ANC lawmaker says no one can ignore or isolate the ODM leader unless 'you are coming from the moon'.

• He said the Matungu by-election victory only gave Mudavadi the bragging rights and nothing more in terms of political clout.

• Those imagining that Raila is isolated in the political space are daydreaming, he said. 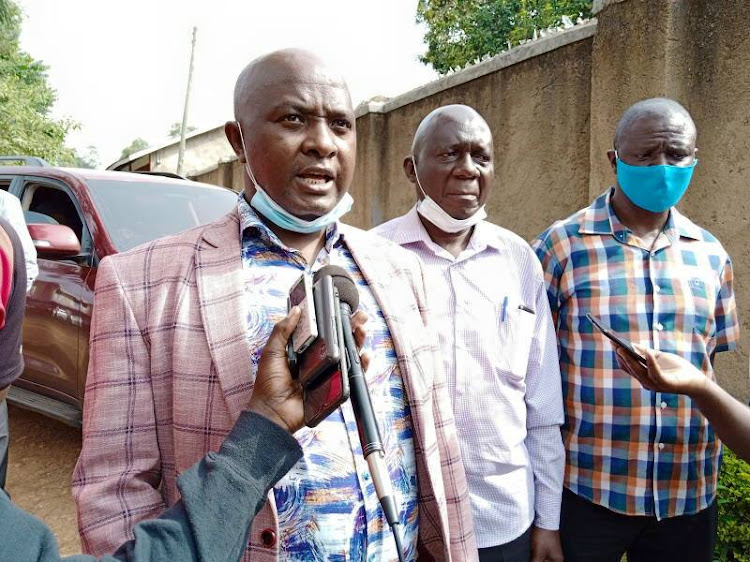 One Kenya Alliance is hot air and has no capacity to face ODM leader Raila Odinga or Deputy President William Ruto in a ballot, ANC lawmaker Godfrey Osotsi has said.

“No one can isolate Raila unless you are coming from the moon,” Osotsi told the Star on the phone.

He said Raila has proved his worth in the last three general elections by getting massive support across the country and has helmed a national party for many years unlike those forming OKA. Those imagining that Raila is isolated in the political space are daydreaming, he said.

"Raila Odinga and DP Ruto are political heavyweights in this country, we cannot dismiss that. So for OKA to seek to challenge them means it has a lot to do,” he said.

Both Osotsi and Mudavadi are from Vihiga county. The legislator said OKA needs to strengthen itself at the grassroots first before thinking of facing off against Raila or DP Ruto. He said next year's general election will be a two-horse race if OKA will not restructure itself to have a national look and a grip on voters.

The lawmaker said that of the OKA parties, only Kanu has a national image going by its history. He dismissed the rest as regional parties.

ANC deputy party leader Ayub Savula (Lugari MP), however, said the Amani party is reprogramming its activities to allow for grassroots and national polls as part of efforts to strengthen itself ahead of the next presidential contest.

Osotsi further dismissed claims that OKA offers a fresh start with new ideologies, saying its top leaders are all Kanu old hawks who were at the centre of the Independence party's dictatorship and impunity.

He said the Matungu by-election victory only gave Mudavadi the bragging rights and nothing more in terms of political clout.

“The late MP Justas Murunga was ANC and the trend is that voters tend to be sympathetic to the family and party where the deceased MP hailed from,” he said.

He said ANC had a 60 per cent chance of retaining the seat, hence it should be more worried about ODM's increased numbers from 5,000 votes in the 2017 parliamentary election to 10,000 votes during the by-election, which he said was characterised by low voter turnout and violence.