Elderly, a key swing vote outside social media, meaning candidates must go door to door, which is costly

•The elderly constitute a key swing vote outside social media. But political meetings have been banned due to Covid-19 and few elderly people use smart phones.

• Victor Omanwa of the Party of Economic Democracy and Charles Ndege of the Progressive Party of Kenya said going door to door is expensive and time-consuming. They want to address small, socially distanced gatherings. 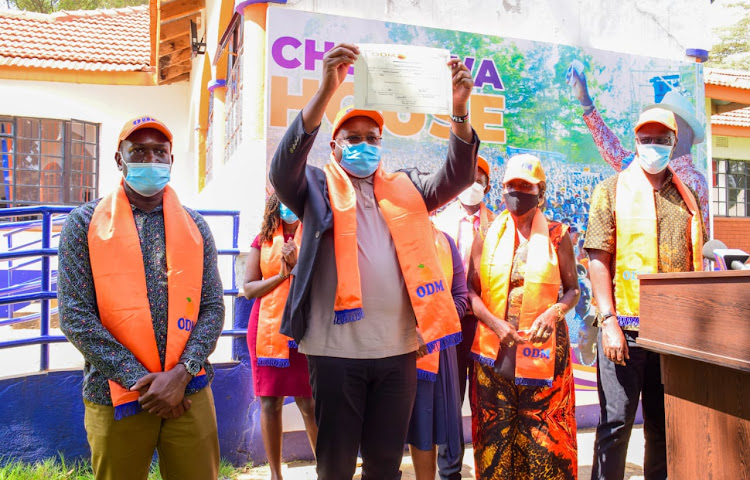 Candidates eying the Bonchari parliamentary seat in Kisii say it's difficult to reach the elderly as political meetings have been banned at least until April 12.

It could be extended if the rate of Covid-19 infection does not decline significantly. President Uhuru Kenyatta announced the 30-day ban on March 12.

Elderly people are a key swing vote outside social media as many people cannot be reached by digital campaigning. As elderly people are especially vulnerable to Covid-19, they have been urged to stay indoors, even when the ban is lifted.

Victor Omanwa of the Party of Economic Democracy and Charles Ndege of the Progressive Party of Kenya complained about the high cost of the personal touch.

"I wish we could be allowed to meet small, controlled groups so we can sell our agenda ahead of the by-election," Omanwa said.

He was speaking at Bomaoro area on Monday during a door-to-door campaign.

He said very  few, if any, older citizens have access to smart phones, making it difficult for them to make the 'right decision' on whom to elect.

"Reaching them through social media was a badly thought-out idea, we can only use social media for the youthful population," he told journalists.

Still, not many young people have identity cards enabling them to vote.

"Only a handful of them [young people] turn up during voting but interestingly these are the one now  consuming much of the content we are putting on social media," Omanwa said.

He urged young people to get ID cards, register to vote and turn out on voting day.

Speaking separately, Ndege said they are not sure if they are on the right path as "we campaign from home.

"We are conducting a political experiment and I'm unsure of the outcome. The fact is, most of those who vote in villages cannot be reached through social media," he said.

Like Omanwa, he also called for meeting a small number of elderly and other voters in controlled environments.

"This could have afforded us a fair political marketplace  for each of us to sell our agenda . Only in this way can mama mboga decide on who to elect and the merits of the candidates' manifestos," he told journalists.

He said with the campaigns restricted to social media he said he is not sure if his old grandmother is even aware he is vying for the  seat.

"She is one person who has religiously been voting for me but with campaigns going digital, I am not sure she is even aware," Ndege said during a press conference on Sunday in Suneka.

The two are among 13 candidates cleared on Tuesday last week by the IEBC compete for the seat.

The by-election was called to fill his seat. He died in November last year of heart complications.

“We don’t want these campaigns to become super-spreaders of the pandemic so we urge them to improvise means of reaching out to voters without becoming agents of transmission," Returning Officer Benson Ambuko said.