CALLS FOR PEACEFUL CONDUCT AT BURIAL

MP died on Monday night at a Kisumu hospital

•The committee chairman Geoffrey Mogire, a burial service will be held at Itierio Boys High School grounds at  Suneka in Kisii County.

•He asked leaders and other mourners who will attend the burial to conduct themselves with decorum during the funeral in order to give Oroo a befitting send off. 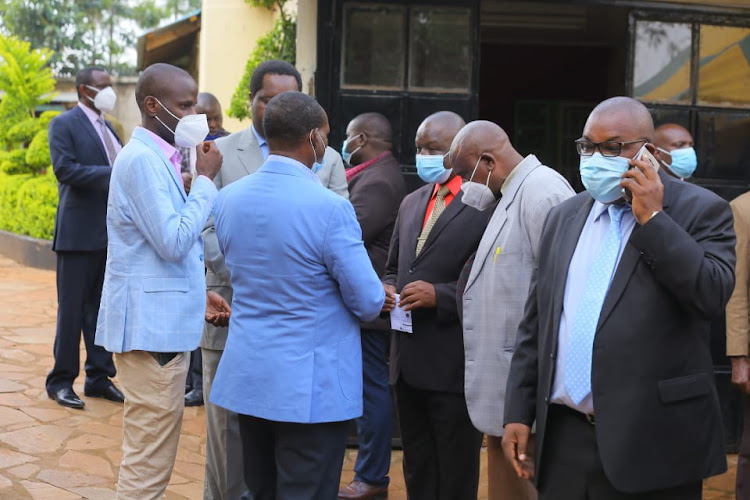 The late Bonchari MP Oroo Oyioka will be buried on Friday next week according to the burial organising committee.

The committee chairman Geoffrey Mogire said the burial service will be held at Itierio Boys High School grounds at  Suneka in Kisii County.

“Our MP will later in the day be buried at his Suneka home,” said Mogire.

Mogire who was accompanied by Bomorenda ward representative John Ombati who is the committee coordinator spoke to journalists in Kisii town on Thursday evening.

“We arrived at the burial date after wide consultations with the family and the Nairobi committee led by Borabu MP Ben Momanyi,” Mogire said. 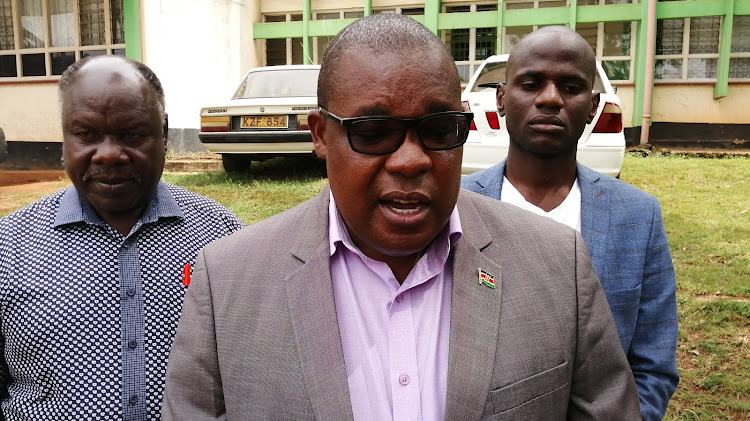 He asked leaders and other mourners who will attend the burial to conduct themselves with decorum during the funeral in order to give Oyioka a befitting send-off.

“In Bonchari we expect a peaceful ceremony a keen to what happened at Gusii Stadium during the burial of former Cabinet Minister Simeon Nyachae," said Mogire who is also Kisii County’s Agriculture Chief Officer.

"We don’t want to see scenes similar to what happened in Bomachoge during the burial of Kisi Deputy Governor Joash Maangi’s father because Oyioka was a peaceful man.”

He added: “Everything is going on smoothly and we expect to have a smooth send-off befitting his status. He was a calm man. During his tenure, we have experienced unparalleled peace and development especially in the area of education while the road network has improved.” 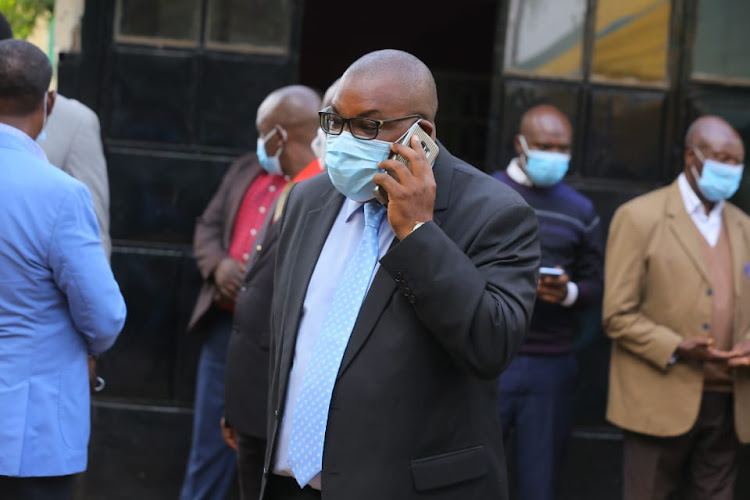 Mogire said two funds drive to offset burial expenses will be held at 680 Hotel in Nairobi next Tuesday and at his home in Suneka on Wednesday.

Oyioka, 71, died on Monday night at Aga Khan Hospital in Kisumu where he was undergoing treatment.

He has left behind a widow Teresia Bitutu and five children.

Oyioka was a retired teacher and education official.

He was elected to parliament in 2017 on a PDP ticket after flooring 10 opponents.