Kisumu MCAs to vote on BBI bill on Tuesday

Public participation was carried out on Friday.

• Kisumu county assembly speaker Elisha Oraro said their first agenda will be passing the bill after coming back from recess.

• Siaya county assembly was the first house to pass the bill in a special sitting. 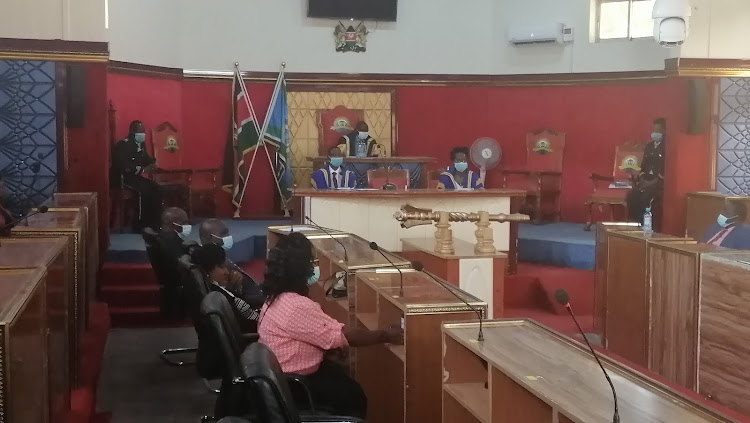 Kisumu county assembly is set to be the second house to pass the BBI bill on Tuesday.

County assemblies within Nyanza and Western region are set to vote on the bill this week. Siaya county assembly was the first to pass the Bill bill in a special sitting.

Kisumu county assembly speaker Elisha Oraro said their first agenda will be passing the bill after coming back from recess.

Public participation was carried out on Friday. The bill was tabled in the house and read for the first time last Tuesday.

It was then committed to the assembly Committee on Administration of Law, Justice and Good Governance to deliberate on it and submit a report.

“During the plenary session, the Bill will not go through amendments. Members will only have an opportunity to vote either in support or against the proposals,” Oraro said.

The committee chair Seth Okumu said they will dispense with the bill within the shortest period. He hinted that the MCAs will unanimously approve the bill once it is presented for debate.

“We want to fast-track transactions on the BBI bill because we believe it is beneficial to residents,” Okumu said.

In Homa Bay, the bill will be passed on Thursday as the assembly already asked the public to submit their views during a public participation

Speaker Elizabeth Ayoo said they are going to amend the advertisement to bring the deadline to Wednesday this week.

“There are new developments that we must now adopt in the matter. We have resolved to table the bill in the Assembly on Thursday this week,” Ayoo said.