Digitisation of court records to start in three months

Already, the police have gone digital at the OB as well as ODPP on their prosecution and case management system.

•Principal Secretary for ICT and Innovation Jerome Ochieng said the digitisation programme is expected to be rolled out in the next three months.

•Ochieng said the digitisation is intended to further enhance access to justice. 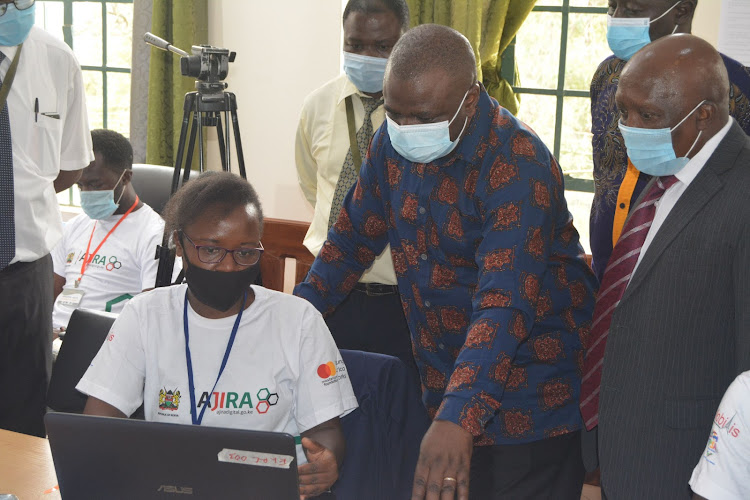 The Ministry of Information, Communication and Technology has partnered with the Judiciary to digitise court records in the country.

Principal Secretary for ICT and Innovation Jerome Ochieng said the digitisation programme is expected to be rolled out in the next three months.

This comes as the pilot program meto paperless courts is set to come to an end in the next three months.

Ochieng said the piloting of the digitisation project is ongoing in Nairobi, Kisumu and Mombasa courts.

“As a ministry, we are working closely with the Judiciary to digitise the courts. The journey has been long but clearly we are beginning to see fruits of the digitisation process,” he said.

He expressed confidence that the project will be successful after piloting to enable the roll-out across the country.

The government, he said, will utilise the AJIRA programme through engaging the youths for the digitisation work.

He spoke when he inspected the ongoing digitisation process at the Kisumu High Court on Friday.

Already, Ochieng said, the police have gone digital at the OB as well as ODPP on their prosecution and case management system.

The Judiciary has also embraced digital in their electronic filing, he added.

“The government is keen and committed to digitise the entire criminal justice system, the police, Office of Public Prosecution and Judiciary,” Ochieng said.

The PS announced that his ministry will thereafter embark on transcribing for the Judiciary to ensure files are realigned and references to files and judges’ reviewing of the files is enhanced.

“The project is a Godsend. It will fast-track cases and ensure efficiency in our courts,” he said.

Ochieng called on the government to ensure the Ministry of Lands is interlinked with the Judiciary through the digitisation process to significantly reduce time spent on getting the actual documents.

“There have a lot of land cases which require the Lands ministry linked with the Judiciary to improve access to documents digitally and reduce time taken on a particular case,” he said.

The digitisation process, he said, will create a paradigm shift on how courts operate and reduce the backlog of cases.

Justice Ochieng said the digitisation is intended to enhance access to justice.

“We are digitising physical files where judges and magistrates have been writing for long hours. We are now having all those files reduced into a digital form,” he said.