Okode says forum has no authority to threaten the referendum push in the counties. 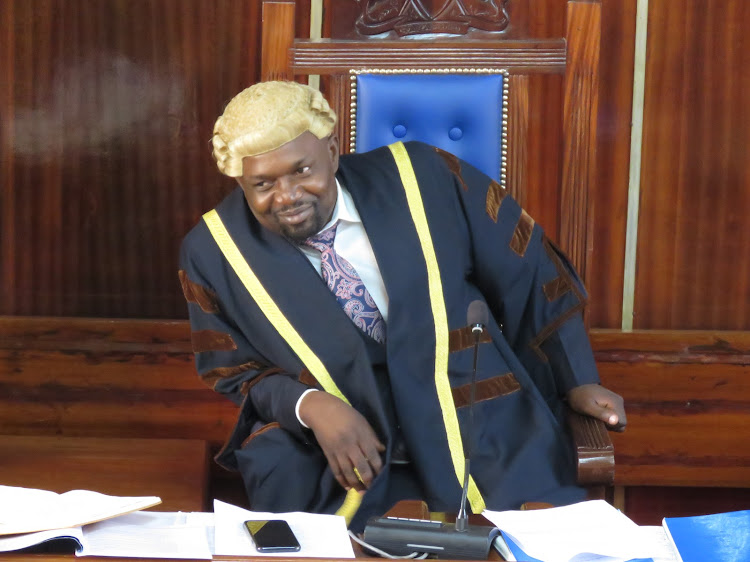 Siaya speaker George Okode has dismissed attempts by the County Assemblies Forum to scuttle the push for a BBI referendum.

Okode said the forum has no authority to threaten the BBI referendum push in the counties.

He said the forum was formed to take care of the MCAs' welfare and not to dictate the political activities of any assembly.

On Wednesday, CAF chairman Ndegwa Wahome said they would scuttle the BBI referendum push if there would be no amendments.

Wahome said they wanted the best for the counties and demanded that assemblies be empowered.

But Okode asked what kind of amendment they want to make when everyone was given the chance to present his or her views during the public participation period.

Kajiado county assembly speaker Johnson Osoi said there were issues they had raised with the BBI task force but which were not included in the final report launched on October 27 at Bomas of Kenya in Nairobi.

Okode asked CAF to stop overstepping its mandate, reminding them that political decisions are made by individual assemblies and not through the forum.

A meeting of pro-BBI lawmakers in Naivasha on Monday resolved to push for the adoption of the recommendations without further amendments.

CAF had formed a 13-member team to analyse the BBI report and come up with a common stand. Osoi, a former chairman of the forum, was picked to led the team.

Osoi said the team will make its presentations to the CAF national governing council on Thursday next week and then call a general assembly the following day to issue its list of demands that must be met.