Several roads in Kisii town and its environs have been upgraded and up to 500 street lights installed. 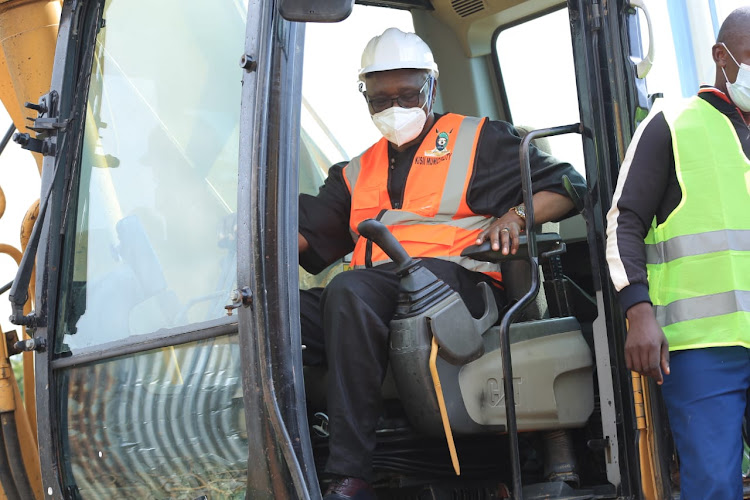 Kisii has received a major infrastructure boost that has changed the face of the town ahead of next week’s Mashujaa Day celebrations.

Governor James Ongwae said the decision by President Uhuru Kenyatta to allow counties host national celebrations on a rotational basis has contributed to infrastructural development in the host counties and boosted national cohesion and integration.

Several roads in Kisii town and its environs have been upgraded and up to 500 street lights installed by Kenya Power.

“Our roads network has been completely opened up, easing congestion and providing alternative entry and exit routes. We have also opened back streets in Kisii town, done walkways and improved the status of the existing roads and streets,” the governor said.

Ongwae said 569 lights have been installed in major roads within the Kisii municipality. “Kenya Power is repairing and reinstating lighting in the Central Business District with 195 solar lights, seven high masts and 311 streetlights,” he added.

Gusii Stadium, the venue for the event, has been upgraded in a joint effort by the national and county governments.

“The stadium now has a presidential standard VIP pavilion with a capacity to hold 2,000 guests and 12 terraces that can hold over 10,000 spectators. However, due to the coronavirus pandemic, only 3, 500 people will be allowed into the stadium with others watching from big screens to be mounted in Kisii town,” Governor Ongwae said.

He added that owners of buildings in Kisii town have repainted their premises following an executive order he gave in February.

Traders operating along the walkways and the main streets will be reorganised to restore order and ease congestion. “This will include complete closure of some streets to ensure ample parking for the guests,” he added.

Ongwae urged hotel owners not to raise prices because of the influx of people and expected high demand during the celebrations. He also warned against brokers booking hotels cheaply to sell to guests at exorbitant prices.

The governor noted that most boda boda stages, especially the ones within the CBD, might be abolished during the celebrations. “My officers together with the county police commander are working on re-routing protocols that will be communicated at a later time,” he said.

Matatu operators will also be affected since they might not be allowed entry into the CBD. The traffic control committee, he said, is working on re-routing and alternative picking and dropping points for the matatus.

On Tuesday, Ongwae hosted a media breakfast for journalists based in the region, where he said the county is ready to host the event he termed as monumental. He was with county commissioner Abdirisack  Jaldesa and Administration CEC Edna Kangwana.