LIGHT OF THE WORLD 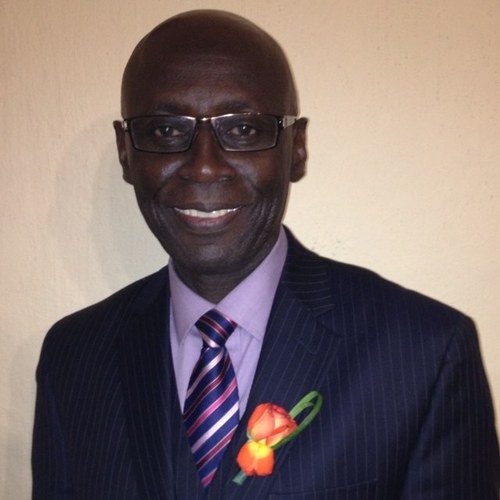 Seventh-day Adventist Church worshippers from the West Kenya Union Conference have accused their president of nepotism and taking kickbacks.

Samuel Misiani is accused of irregularly awarding his brother the lead consultancy contract for a Sh300 million staff housing project.

The contract was first awarded to Achera and Partners Limited, which is associated with Misiani’s brother, Charles Achera, in 2017.

The project is to be put up at Kanyakwar in Kisumu.

Church members say Misiani will have a Sh30 million house built for him in Rongo, Migori county, as kickback.

But Misiani has denied the allegations. The official said Achera won the contract before he became the president.

Misiani said the contract was awarded during his predecessor's, Ken Maina, tenure.

Misiani said the church has a good working relationship with Achera. He said the consultant has worked on various church projects, including the union headquarters.

The president produced photos of the groundbreaking of the housing project, which took place in March 2017.

“In these photos, I was not the president by then. This was the former president. I was the director of communications,” Misiani said.

But church members say the project delayed due to a court case over the sale of its Nairobi property. The money from the sale was to fund the housing project.

With the delay, the tendering process had to be done afresh in 2018 when Misaini had already become president. He was appointed in December 2017 but took over in early 2018.

The lead consultancy contract yet again went to Achera. This is what has upset members.

The Sh300 million project tender was awarded in February but the deal is yet to be sealed officially.

Misiani said his house will not cost Sh30 million but Sh15 million and will be put up in phases through a loan he is yet to secure.

“It is my brother who designed the house for me and I paid him some amount from my pocket,” he said.

But Misiani said church policy allows union officials to find jobs for their wives at their workplace.

On the claim that he lives apart from his wife, against church policy, Misiani said, “Actually my wife was to be here in February but there were some delays then coronavirus hit, making it hard for people to travel.”

The wife works as a lecturer in South Africa.

Members had questioned why the two live apart yet church policy stipulates that leaders and their wives must stay together or not be apart for more than six months.

“This act must be condemned because it is not in tandem with the practice and tradition of the church,” said a member who declined to be named.

Misiani linked the allegations to the forthcoming union elections. But church members said no election has been scheduled.

Two other executives have been accused of influencing the hiring of their spouses as their secretaries.

But Misiani said church policy allows union officials to find jobs for their wives at their workplace.

Church members, however, said the hiring was not competitive as the posts were not advertised.

“The majority of the employees hired [at the union] are family members with suspect qualifications,” a concerned church member said.

Members also said institutions under the union are struggling as a result of poor leadership.

“The current crop of executive officers are incompetent to an extent that no project has ever taken of for the last two years in office,” a member said.

Members say union officials who are perceived to be anti-establishment and dare question any illegality are threatened with transfers and dismissals.

They wonder why the church, which should champion truth, equality, and justice, has been stained with corruption and nepotism.

'The Great Controversy' inside the SDA Church

Church rocked with claims of graft, plunder of' resources and negative ethnicity.
News
3 years ago

Elders come to his defence, threaten split.
Counties
2 years ago

MP told the church leaders their disagreements should not be resolved in courts of law.
News
3 years ago
Post a comment
WATCH: The latest videos from the Star
by MAURICE ALAL Correspondent, Nyanza Region
Nyanza
18 September 2020 - 17:15
Read The E-Paper