He says the supreme law was supposed to be reviewed eight years after its promulgation.

• Munya said he was part of the Naivasha team and the resolution can be confirmed from records of their discussions.

• He recalled that they had issues with the shortcomings of the Constitution during its drafting but agreed they be looked at later. 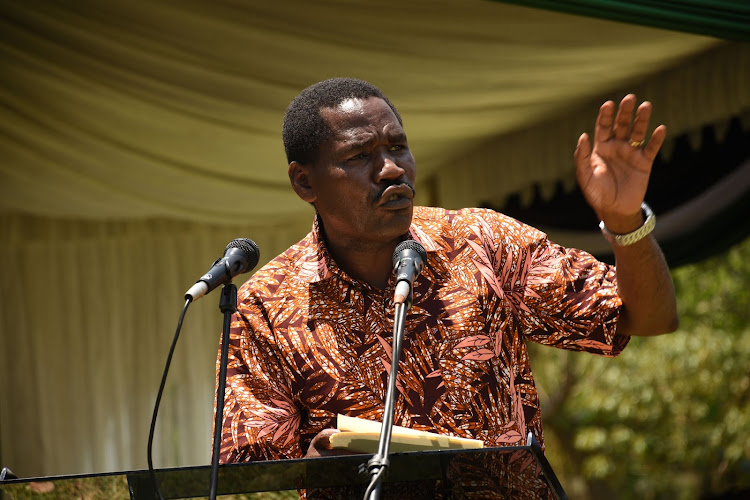 Agriculture CS Peter Munya says the Constitution should have been amended eight years after its promulgation.

He said the Naivasha team that deliberated on the supreme law before its adoption agreed that amendments be introduced before 2022. He said he was part of the team and the resolution can be confirmed from records of their discussions.

“When I hear people out there saying different things about the review of the document, others claiming that it's meant to favour some people, I wonder how quickly they forget or have selective memory,” Munya said.

The former Meru governor spoke in Nyando during the launch of the Agricultural Digital Strategic Roadmap and the National Value Chain Support Programme.

He recalled that they had issues with the Constitution during its drafting but agreed its shortcomings be looked at later.

“We agreed to pass and implement the Constitution first to see how its works, as the taste of the pudding is in the eating, then we know where exactly we need to adjust or change," he said.

He said the Constitution is a living document that should serve the interests of Kenyans, hence the need to improve on it.

Munya said President Uhuru Kenyatta tasked him to implement the reforms recommended by a task-force and not his own to benefit farmers and urged ...
Business
1 year ago
by FAITH MATETE Correspondent, Kisumu
Nyanza
29 August 2020 - 18:31